"I don't need my music to be devalued by the worst quality in the history of broadcasting or any other form of distribution." 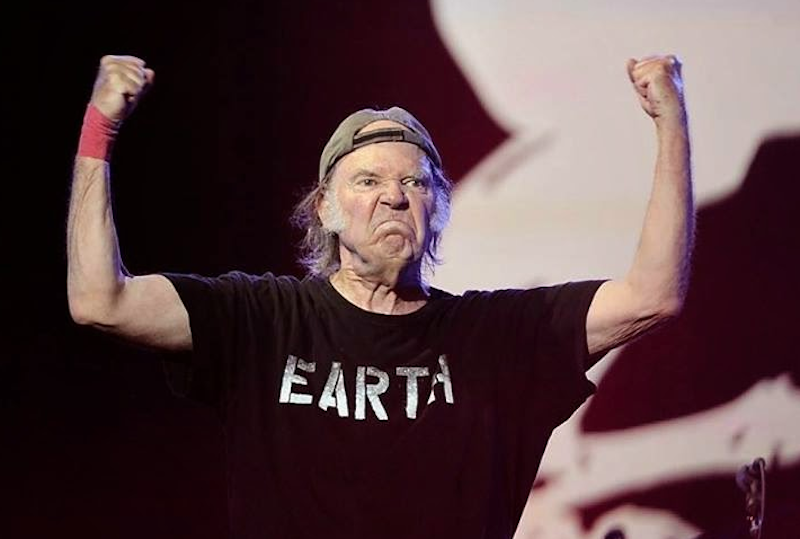 In news that can be filed under “Saw This Coming,” Neil Young has announced that he’s removing his music from all streaming services.

Of course, Young’s not the first to back off from music streaming, as everyone from Taylor Swift to The Black Keys have taken action against the likes of Apple Music and Spotify. However, unlike some of his younger peers, Young’s beef isn’t with a paycheck, but with audio.

“It’s about sound quality,” he said in a Facebook post. “I don’t need my music to be devalued by the worst quality in the history of broadcasting or any other form of distribution. I don’t feel right allowing this to be sold to my fans. It’s bad for my music.”

As of publication, most of Young’s music is still available on Spotify, including his latest album, The Monsanto Years. Still, he promises that the wheels are in motion to remove his recordings from all streaming services. However, he gave fans who want to jam out to his tunes a bit of recourse: “Copy my songs if you want to. That’s free,” he wrote. “Your choice.”

Of course, Young has been trying his best to embrace the digital and quality audio performance. Last spring, he launched his long-in-development PonoMusic player and store. Focusing on high-quality, low-compression FLAC formats, the goal has been to liberate “the music of the artist from the digital file and [restore] it to its original artistic quality – as it was in the studio.” However, with the PonoPlayer only officially on sale since January, the jury’s still out on how well that’s worked.

Read his full statements below.