Josh Homme interviewed Arctic Monkey’s Alex Turner on his Beats 1 Radio show, and it was goofy as hell — listen 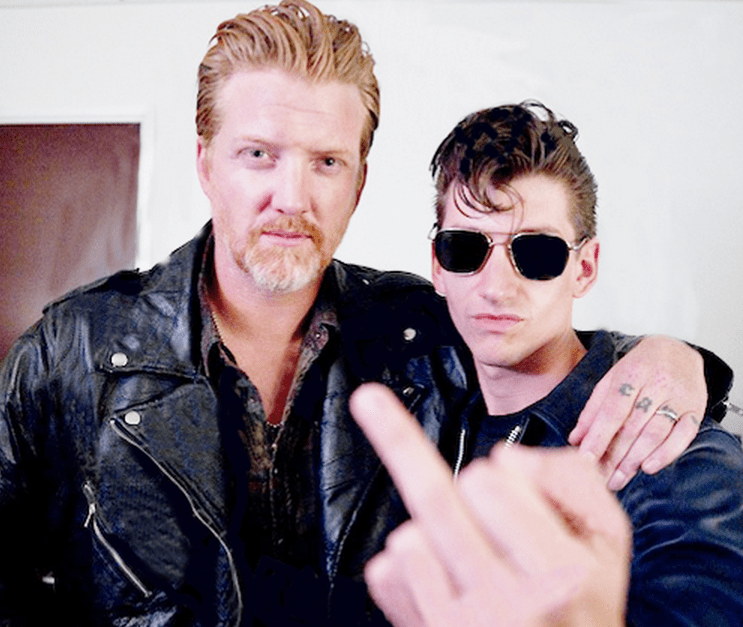 Queens of the Stone Age frontman Josh Homme is one of many big name musicians to have a radio show on Apple’s Beats 1. Dubbed The Alligator Hour with Josh Homme, the show is a chance for the rocker to show off some of his more obscure musical tastes in stream-of-consciousness fashion while he wryly transitions with a Cecil Palmer-like delivery. On his most recent episode, Homme welcomed on Arctic Monkeys singer Alex Turner for an interview.

Introducing Turner as an “origami teacher, hand model, and international Monopoly champion” around the 30:18 mark, Homme begins by reading off definitions of random words from his iPhone. Turner, meanwhile, writes notes like, “It’s my headache,” and “John Lennon as a TV chef.” After some jams, around the 39:00 mark, they begin talking about names for bars (Spacebar, The Dumb Fox, Pre-Hab, Alternative Endings), and eventually get to the songwriting craft. Specifically, they talk about Turner’s typical avoidance of written lyrics when he’s recording a song.

Listen to the whole thing via Apple Music.

Update – Thursday, August 6th at 9:20 a.m.: The second part of Homme’s interview with Turner aired on last night’s episode. They spoke extensively about Halloween costumes. Listen here (their conversation begins at the 14:00 mark).