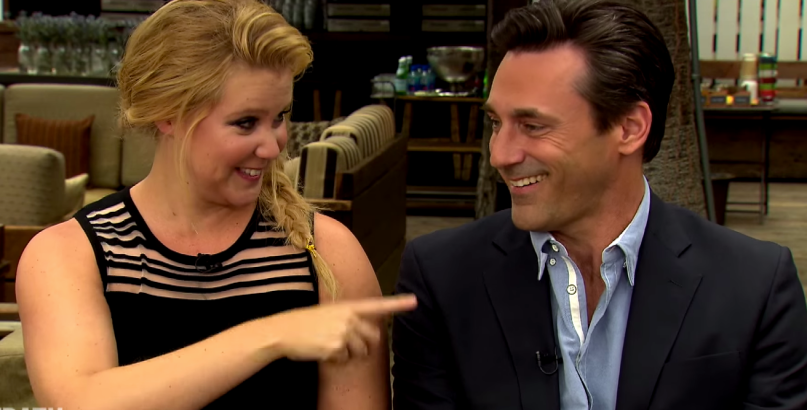 This week brings the release of Judd Apatow’s latest comedy, Trainwreck, which means the cast and crew are currently making the rounds in promotion of the film. Of course, press junkets can be a pretty mundane and tiresome process. Amy Schumer found a way to liven things up, however.

During a recent sit-down with Extra, Schumer had Jon Hamm pretend to be Bill Hader. Of course, Hader, and not Hamm, is the one who co-stars opposite Schumer in Trainwreck, which might explain why Hamm knew nothing about the film, nor Bill Hader in general.

Watch the very funny interview below.