In Photos: AWOLNATION at Chicago’s House of Blues (7/23) 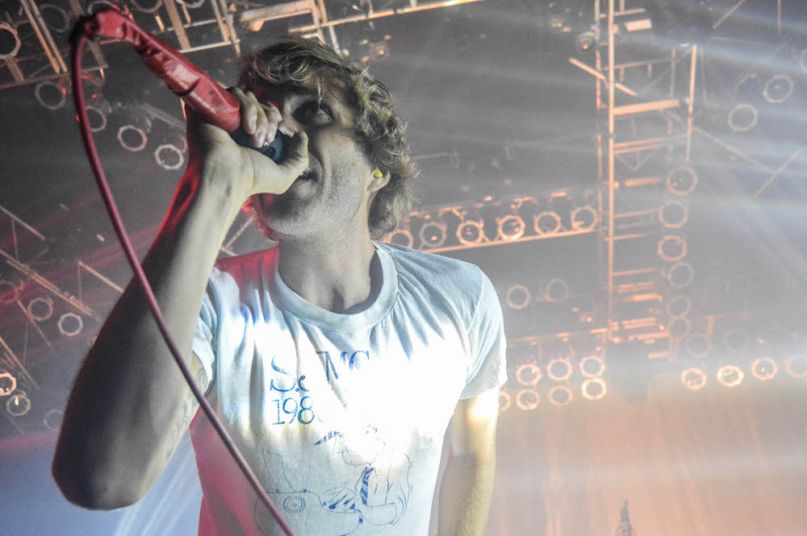 Before AWOLNATION took to the stage at Chicago’s House of Blues for the first of two shows last night, the packed venue chanted, “AWOL! AWOL! AWOL!” That energy sustained when Aaron Bruno, founder and frontman, sauntered to the mic with his four-piece band and launched into an energetic rendition of “Run”, the title track from the band’s latest album, which dropped in March. Merch-clad fans jumped so much throughout the show that the entire structure felt like an accidental trampoline, and that energy led Bruno to dive into the crowd only a few songs into the set. The night came to a close after 14 songs that ended with the band’s biggest hit, “Sail”, but those hankering for more can return for a second wave of AWOL tonight.