You play as James Bond, we'll play as Oddjob. Fair? 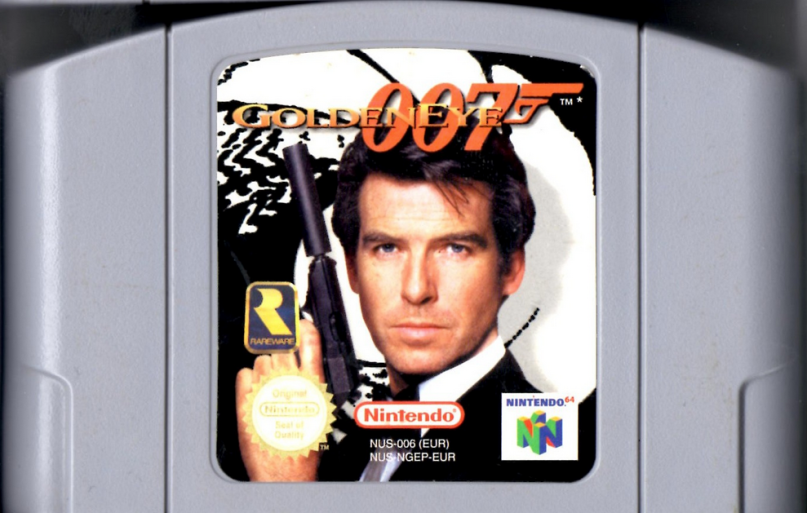 Twenty years ago, Pierce Brosnan reinvigorated the 007 franchise with Martin Campbell’s brilliant James Bond entry GoldenEye. It was two years later, however, that the film truly solidified itself in pop culture history with its accompanying N64 game, GoldenEye 007. The first-person shooter hit stores in August 1997, changing the lives of gamers everywhere, and going on to sell over eight million copies worldwide. It was so damn good, in fact, that the whole thing was re-imagined in 2010 for Wii and later modified again for Playstation 3 and Xbox 360 consoles.

But even with all the updating, one thing never quite sounded right. You see, back in the cartridge era of gaming, the music was essentially treated like steerage and compressed to hell. Today, that’s not so much of a problem, but in those days, the audio quality was less then stellar. And GoldenEye had some great music, it just sounded sub-par coming through your TV speakers.

Now, however, FACT points out that the obsessives over at Video Game Tracks have managed to siphon Graeme Norgate, Grant Kirkhope and Robin Beanland’s score from the original game, and decompress all the tracks so that nostalgics like us can bask in the way it was truly meant to be heard. Enjoy the 28 minutes of pristine sound below and recall your ol’ salad days, back when laser watches were all you needed…

…just try to forget about that one part where you had to protect Natalya Simonova as she took her sweet ass time hacking the dangerous GoldenEye satellite. How impossible was that level, right? I mean, really — did they actually expect Bond to cover an entire spread like that unfairly open computer centre? He’s not invincible like Boris! Eh, put it out of your mind and compare the two scores below:

And if that’s not enough, perhaps you’d like to revisit some of Bond’s best and worst themes? We got you covered.