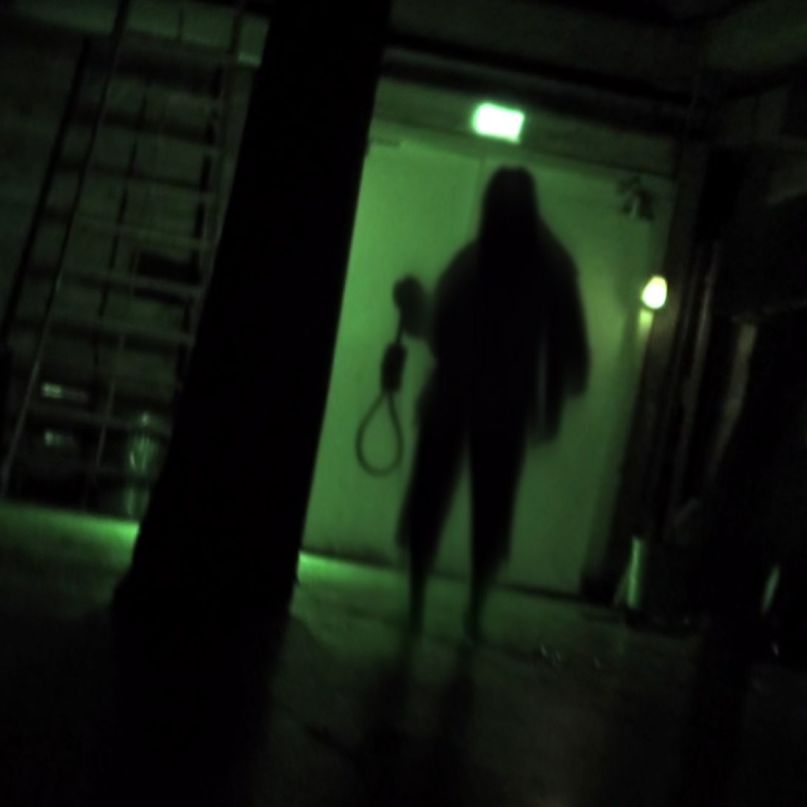 I don’t blame critics who roll their eyes impulsively at the words “found footage horror film.” Recent entries in the genre have been — how shall I say — shaky at best, and for every Paranormal Activity, we get a half-dozen cynical cash grabs that teeter on the brink of unintentional comedy.

Yet I often find myself sticking up for found footage like it’s the smart kid at school that everyone picks on. “Surely this is a more democratic method of filmmaking,” I’ll say, before pausing to gauge the room. “Surely this is a new frontier in the suspension of disbelief that, when executed gracefully, results in a thrillingly immersive kind of horror!” It’s usually around this time that the bartender cuts me off.

That’s a shame, because it’s no fun discussing a film like The Gallows sober. This latest offering from the up-and-down Blumhouse Productions unfolds in the theater department of a Nebraska high school, and a more appropriate title for it might be Revenge of the Drama Nerds. The actual title is taken from the name of a production that, in 1993, left a young boy named Charlie dead after a horrific set malfunction. We pick up with the story 20 years later, as students at the school tempt fate by resurrecting the show — and Charlie along with it. Killing off a group of bespectacled drama kids would seem a bit cruel even for Blumhouse, so our doomed heroes are actually two jocks and a cheerleader who have been roped (ha! ha!) into the production by a class requirement.

On the surface, this all seems fairly promising. We’re talking good, old-fashioned revenge fantasy, baby, and who doesn’t want to see a couple of jocks get fried for all those times they threw footballs at your head and cut boob holes in your favorite T-shirt? Fuck those guys, and sign me up! To sweeten the hate pot even more, The Gallows follows the tried-and-true Hostel formula of making its leads so unlikable that we actually kind of root for their gruesome deaths.

Worst of all is Ryan, the guy holding the camera. To watch The Gallows is to be granted a sneak peek at the interior monologue of the worst bro imaginable, one whose notion of “fun” involves pulling mean-spirited pranks on kids who are just trying to get through life without being made fun of. He certainly gets his comeuppance, but it’s not worth the 50 or so minutes we have to spend inside his head. That’s the problem with making your protagonist a shithead — schadenfreude only goes so far. We’d rather just see him go away than watch him spend another minute howling in pain.

Seriously, Jason Blumhouse deserves a kick in the face for subjecting us to yet another one of these half-assed found-footage efforts. He and writers Travis Cluff and Chris Lofing have managed to make the most glorious of high school revenge fantasies feel tedious, and while that’s not a crime punishable by hanging, the least I can do is withhold my recommendation for this film. If you’re hankering to see a bunch of kids run around a darkened theater for half an hour, go for it, but be warned that the cameras are extra shaky here, and they periodically run low on battery. The film’s payoff, if you can call it that, is something of a twist, though seasoned horror buffs will be able to see it coming from a mile away.

The Gallows is the kind of film that drives a man to drink after a noontime screening, and it might be what finally turns me off found-footage horror. Never again will I stand up for this creatively bankrupt genre — not to you, and not to anybody. Ah, what am I saying. Get a few beers in me, and I’ll watch Quarantine any day of the week.