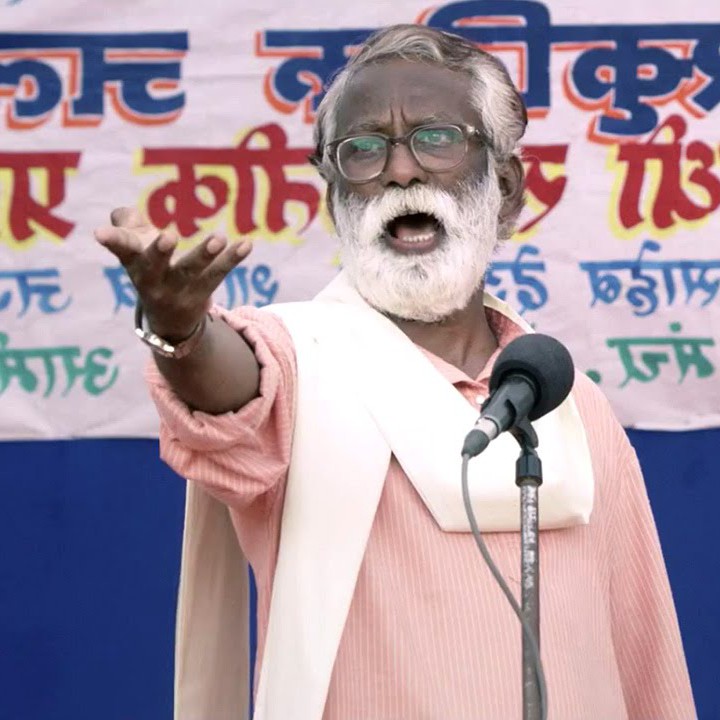 A dozen people, shuttered in like cattle, await pre-sentencing for sitting in the handicapped section of a bus.

The judge doesn’t have time for that crap. Five hundred rupees. Go home. Don’t do it again.

No sleeves in court, ma’am? Get the hell out, that’s improper.

Shucks, we’re spoiled by the American judicial system. We can argue and object and introduce new evidence until the end of time (or run out of money, or publicity), but imagine running into a legal landscape like the one depicted in Chaitanya Tamhane’s breathtakingly banal Court. The film’s modern Mumbai and its depictions of law are just ridiculous. Here, the lawyers either treat the court as high and mighty theater for vanity, or arenas for the most far flung and tenuous semantics made allowable (words as bombs?). The judges are openly impatient, or sloppy, and the witnesses are dicey at best, almost always on the dime. The record-keeping is often analog: messy piles of paper. The only computers in sight are for court stenographers, and they’ll be caught playing on phones, waiting for instructions from a highly partial judge. What’s truth and due process when expediency saves everyone a lot of hassle?

While the hard-to-navigate hell that is a courtroom is familiar genre territory, few works of legal fiction feel this deliciously droll. Court’s cynical, but absolutely never sorry.

The film plainly speaks to the fallacies and inconsistencies endemic to Indian courts, presenting a realistic and in-depth longform essay on one particularly long-winded case. Days drag to weeks, and passions subside for duty, even annoyance. The process is insane, and Court makes a lasting rebuttal.

The accused is Narayan Kamble (Vira Sathidar), a 65-year-old educator, activist, and folk singer. His music consists of barking hot protest, sing-talking of freedom, death, life, being tough despite the horrors of the everyday, and other perceived seditious matters. However, Nayaran is arrested during a performance for “abetting a suicide.” A sewage worker’s dead body is found in a manhole, and Kamble’s music is said to be the cause of death. Witnesses suggest that Kamble publicly sang encouraging worker suicide, and that the dead worker was in attendance and motivated by Kamble’s song. Did Kamble ever sing such a song? Not bloody likely, although his subject matter is coarse. The prosecutors, the police, they all seem to want to pin this worker’s death on Kamble swiftly. It was the song that killed the worker! Not fumes, or alcoholism, or something purely accidental that could be rationally argued in any reasonable courtroom.

Kamble even really doesn’t recall ever writing a song like the one the prosecution suggests made for a poison ditty … but Kamble does seem interested by the idea. That kind of dangerous acknowledgement is what happens when your lawyer can’t prep you, but that’s on Court’s docket. Court proceeds patiently, comprising itself of many long, patient moments, to allow for maximum appreciation for the absurdity and apathy of the whole situation, and it’s an incisive case for legal reconsideration.

We meet a handful of people uninterested in Narayan’s trial, seeing their lives outside court as much as possible. And they never speak of Kamble’s case. We see the bitter ironies of other musicians and performers allowed to perform what could easily be called political work, freely, for profit. Court shows the ease and surreal qualities of legal hypocrisy and chicanery to almost stubborn effect. Kafka, eat your heart out.