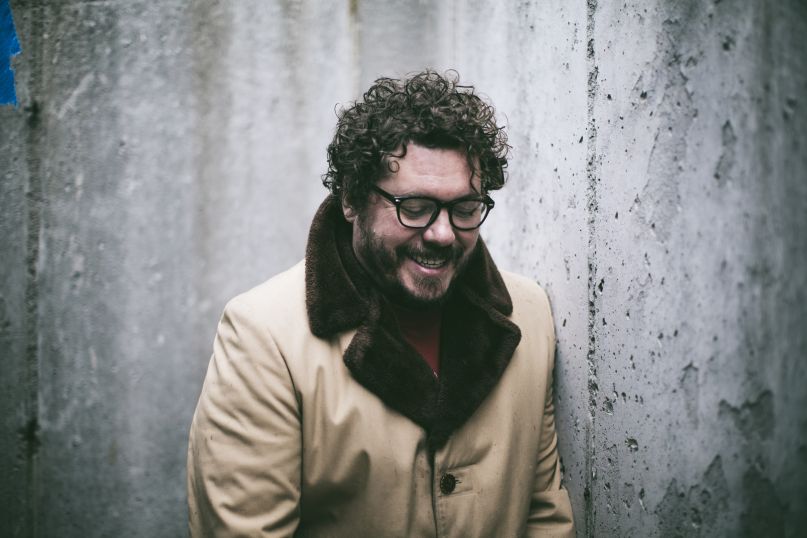 Bobby Bare Jr., son of country music legend Bobby Bare, has made it a point to forge a career on his own terms. In 2012, he became the subject of a documentary called Don’t Follow Me: I’m Lost which centered around his rigorous touring life and trying to get by as a musician. It’s an intimate retrospective on his life thus far. Now, the music that scored the film is being released on July 31st via Bloodshot Records. In anticipation, he’s shared a previously unreleased song called “The Beginning Of The End”.

“It is an early version of a song that ended up being called “When Forever Became Never Again” which is on the most recent album Undefeated,” Bare Jr. tells Consequence Of Sound. “William [Miller], the filmmaker, just happened to be at my house while I was writing and arranging the song with my bass player Jesse Bates on drums, and then we handed it off to Doni Schroader, my regular drummer, who happens to be a recording and mixing wiz. The end result was a really big surprise to me, as it sounded like nothing I’ve ever done before, yet still sounded like one of my songs.”

The song, which also plays over the film’s credits, is a barebones country ballad with chunky strumming and wistful violin playing. Bare Jr. sheepishly croons as the acoustic guitars bend and turn through a phasing effect. The impromptu feeling of the recording session comes through in the final result, feeling like a glimpse into an emotional jam session. The stripped-down feel makes it one of Bare Jr.’s most engaging and open works yet.

Pre-orders for the soundtrack are ongoing and the documentary is streaming now on Hulu. In addition to the new track, Bare Jr. has also shared a live performance for “Snuggling World Championship” from his 2006 album The Longest Meow. The video was also directed by Miller.