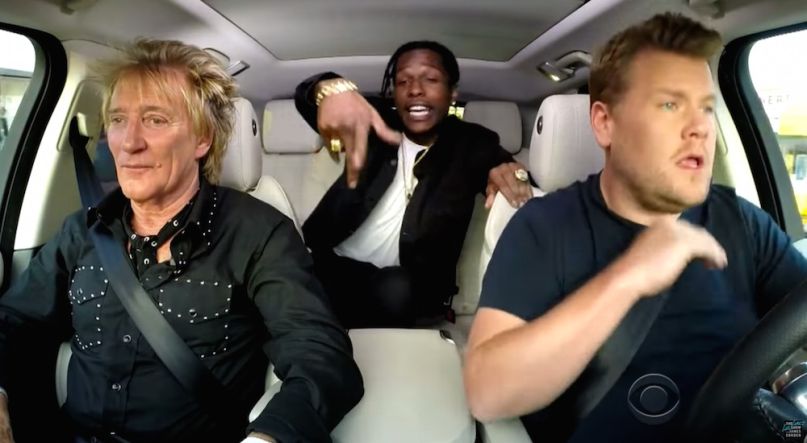 ASAP Rocky’s latest album, At.Long.Last.ASAP, features “Everyday”, a song that samples Rod Stewart’s own “In A Broken Dream”. Last night on the Late Late Show with James Corden, both artists brought the song to life during the program’s excellent Carpool Karaoke segment, which sees musicians singing along to music on the radio.

Stewart and Corden kick things off, crooning to Stewart’s sampled parts, before the Harlem MC hops into the backseat out of nowhere and, unsurprisingly, steals the whole damn show. The song itself is a brilliant piece and easily an LP highlight, but seeing Stewart and Rocky — and the ever-animated Corden — chilling like old buds on a road trip is mesmerizing and probably the strangest/coolest thing you’ll see all day. (Corden, pick me up next time! I’ll pay for gas.) Behold the magic below.

Serving as Corden’s proper musical guest last night was Best Coast. The surf rockers played “Feeling Ok”, a single off their latest album, California Nights. Bethany Cosentino left behind her healthy smoothies and exercise gear, but it was a lively performance nonetheless.