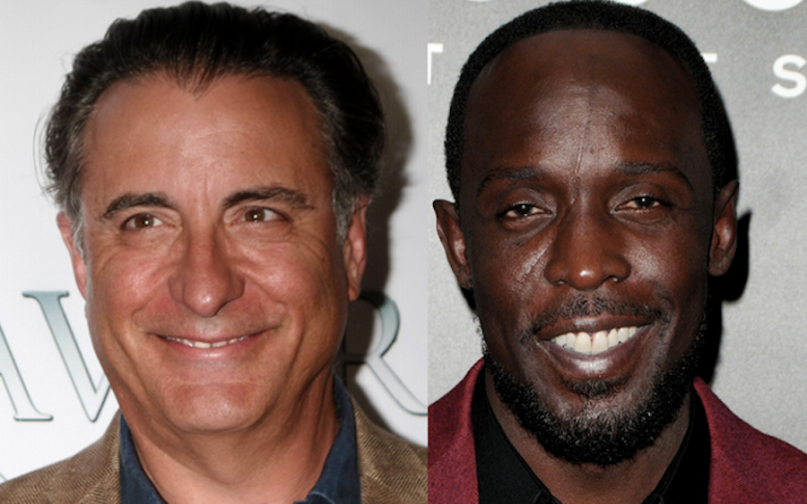 Paul Feig continues to expand the cast of his Ghostbusters reboot. According to a report from The Wrap, Andy Garcia, Matt Walsh, Michael K. Williams, and Cecily Strong have all joined the Sony Pictures production.

Garcia (Oceans Eleven, The Godfather: Part III) has been tapped to portray the Mayor of New York City, a role played (some might say iconically) by David Margulies in the two original films. Walsh, best known for comedic roles in Veep and Ted, will play a character named Rourke. Finally, Williams, who played Chalky White on Boardwalk Empire, has been cast as Hawkins. No further details on either the Rourke or Hawkins characters has been revealed.

Update: Tuesday, July 7th at 1:10PM: Deadline is now reporting that Saturday Night Live writer Neil Casey has been cast as the film’s main bad guy. Casey has also written for Inside Amy Schumer and The Kroll Show, and has appeared onscreen in shows like Veep, Broad City, and The League, as well as Feig’s own Yahoo original series Other Space.

The original report from The Wrap lists Strong in the headline, but makes no mention of the Saturday Night Live cast member in the body of the story. If she is indeed part of the cast, she’ll join fellow SNLers Kristen Wiig, Kate McKinnon, and Leslie Jones alongside Melissa McCarthy and Chris Hemsworth in the July 22nd, 2016 release.