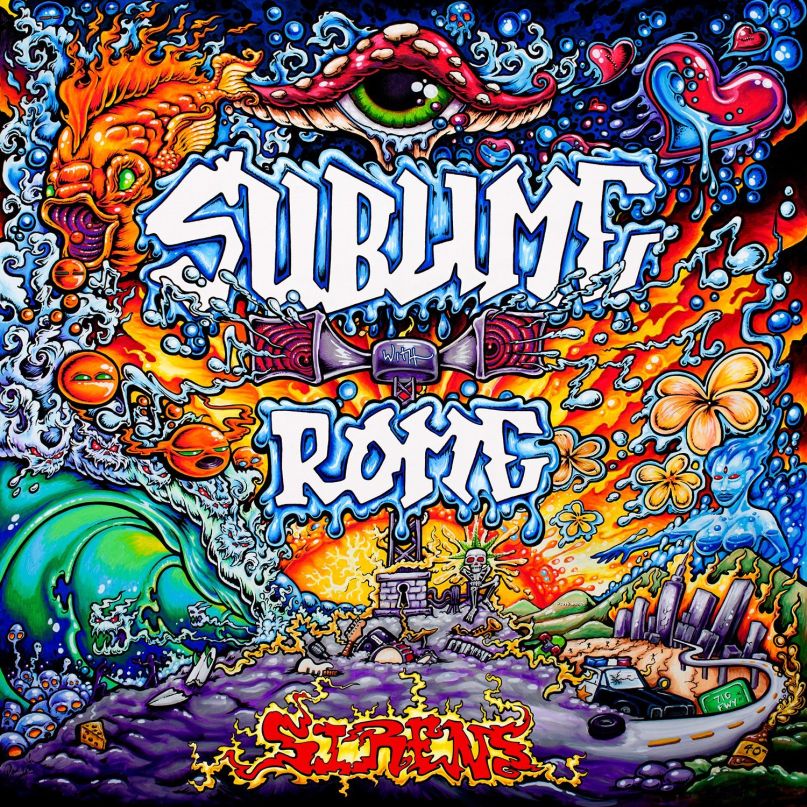 When is a Sublime not a Sublime? That question echoed throughout our country’s frat houses and pot dens as early as 2009, when news broke that original Sublime bassist Eric Wilson and drummer Bud Gaugh had teamed up with singer-guitarist Rome Ramirez to resurrect their former band.

Fans’ opinions on this reunion ranged from “chill” to “decidedly not chill.” Those in the latter group were adamant that Sublime died the morning Bradley Nowell fatally overdosed on heroin in 1996, and it’s hard to blame them. A Sublime without its founder and principal songwriter is like a Nirvana without Kurt Cobain: a pale imitation at best, and a disrespectful cash grab at worst. Dave Grohl and Krist Novoselic did well to blaze new trails for themselves, as did Wilson and Gaugh, initially. But that siren song of success eventually found its way to their ears, and its source was an unlikely one: a kid in his early 20s who literally grew up jamming on “Santeria” and “Caress Me Down”.

Rome Ramirez, for all of the good vibes he garnered on Dirty Heads’ “Lay Me Down”, could not fill the gaping hole Nowell left behind. As the drug-addled heart and soul of Sublime, Nowell could transition from sweet to sort of sinister at the drop of a bucket hat; his presence lent a punk energy to the band, which Wilson and Gaugh bolstered with their reggae and ska-inspired grooves. Rome, by contrast, is boring. He steals most of his lyrical themes and musical cues from the better, more interesting acts that came before him, and he has as much to add to the cultural conversation as that fuzzy velvet poster in your college dorm room. So much was apparent on Sublime with Rome’s 2011 debut, Yours Truly, a sunshiny slice of nothing in particular and, as such, a sneak peek into the wet dreams of KROQ’s top executives.

The thing is, fans of Sublime should hate Rome, but one doesn’t get the impression that fans of Sublime want to hate much of anything. The guy is essentially using the band’s name and two of its former members to make a name for himself, and he’s doing it at the expense of Nowell’s legacy. There’s no other explanation as to why he continues to tour and record under the name Sublime with Rome, especially now that Gaugh has seen the light and removed himself from this farce. The band’s second album, Sirens, features Wilson as the only remaining original member. He and Rome are joined by drummer Josh Freese, who has played with pretty much everyone on Earth and adds nothing but professional competence to his latest project.

The most remarkable aspect of Sirens, aside from its general awfulness, is how unnecessary it all feels. Rome tries to recreate his chart-topping success with Dirty Heads on the opener and title track, throwing in a Beastie Boys sample as if we weren’t already familiar with the touchstones of the white, hip-hop-loving beach bro. At least the Beasties put some thought into their rhymes; this song’s centerpiece is a rap verse that sounds like a throwback to when calling someone “gay” was considered an acceptable diss (sample lyric: “Rhymin’ with Sublime and shit/ So you can just go climb a dick”). My eyes are rolling into the back of my skull, and I swear I’m not high.

Things don’t get any better on lead single “Wherever You Go”, which sounds like it owes more to the latest iteration of Fall Out Boy than to anything Sublime has ever done. The fact that a 15-year-old kid somewhere will lose his virginity to this upstroking garbage is as depressing as it is undeniable. “Brazillia” and “House Party” are variations on the same aggressively chilled-out theme, with Wilson and Freese sounding kind of tired in the background as Rome croons about wanting to have a good time and begs a lady to come sit on his lap.

The whole first side of the record, in fact, sounds a bit sleepy and samey, especially compared to the frenetic pacing of Sublime, the real band’s final studio album. What the hell is Sublime without those athletic jumps from punk to ska to hip-hop and back again? Sirens provides the answer, and it’s a boring one, to say the least. The album’s latter half features a couple of songs that show Rome trying his hand at chugga-chugga metal (“Best of Me”) and Bad Brains-esque hardcore (“Run and Hide”), as if he’s anxious about his listener actually drowning in dope vibes. Both of these songs are predictably silly, as you might expect from someone who hasn’t ever really steeped himself in punk but thinks he can get by on the CliffsNotes. If we’re really going back to the ‘90s, allow me to adopt one of that decade’s finest insults and call Rome a “poser” of the highest magnitude.

The album thankfully closes with “Gasoline”, an upbeat slice of reggae that proves just how serious Sublime with Rome is about topping those pop charts. “Gasoline” is also what you’ll want to pour all over Sirens after an initial listen, and a cover like this album’s certainly warrants a good torching. Somewhere, Bradley Nowell is turning over in his sandy grave while Rome cashes checks written on his legacy. It’s the wrong way, and those who think as much will probably want to steer clear of the radio for the rest of summer.