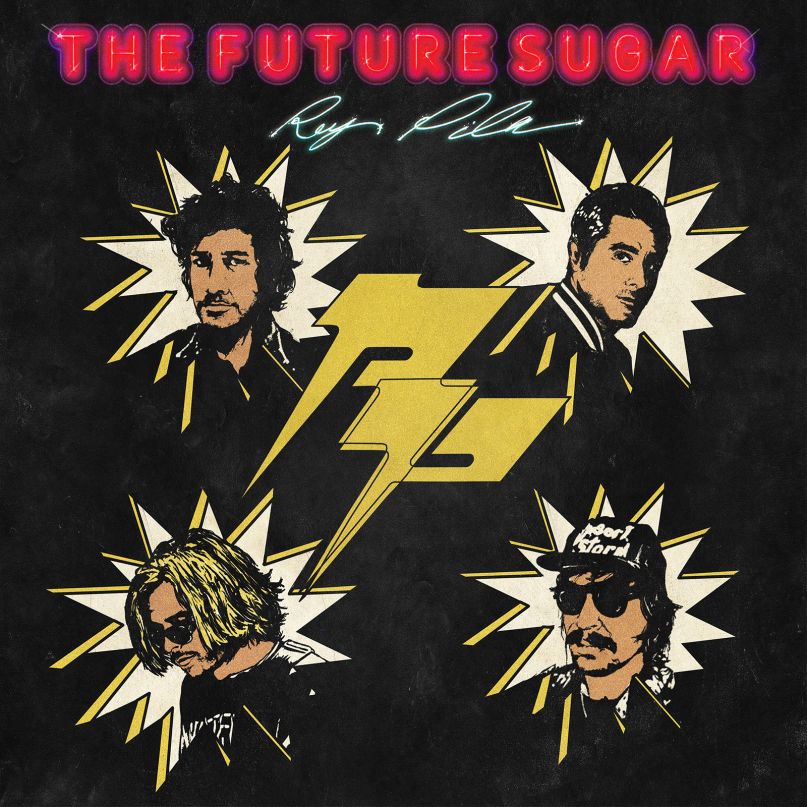 “Control is all that I have/ It’s all that I know,” Diego Solórzano croons on “Nerds”. The frontman of Mexico City synthrock outfit Rey Pila intends that mantra to fight against the chaos that crowds in around him. That insistence, regardless of its potential sarcasm, carries through to the surrounding album — Rey Pila signed on with Julian Casablancas’ Cult Records, as if consciously doubling down on the Strokes-y jean jacket swagger of their debut. Solórzano’s rich, wavering vocals and the quartet’s jigsawing ’80s synths and limber guitar leave little room for error, and they come out of The Future Sugar without any missing pieces. At times, though, the band’s sophomore LP fits together too tightly, without much room for variation, the energy pushed out in favor of precision.

Rey Pila have a foothold in the alternative radio of Mexico, and began their transition to broader international appeal with their self-titled debut. Rey Pila alternated English and Spanish lyrics, while the followup relies on English. The first album got a polish via producer Paul Majahan, and his work with essential New York ’00s bands like Yeah Yeah Yeahs and TV on the Radio shone through. Solórzano gets an even slicker upgrade on The Future Sugar via a more visible emblem of that Big Apple cool: Casablancas tracked them down to sign to his label, and then took them back into the studio to rework their sophomore LP.

While Rey Pila had always been clearly indebted to another time and place, there’s an extra step away from immediacy on The Future Sugar. Lead single “Alexander” digs through the Gary Numan and David Bowie crates as Solórzano claims he could go wild “for a while.” That bit of temporary bet-hedging cuts any potential intensity at the knees. After hearing the sunglasses-at-night synths on the likes of the title track and “Surveillance Camera”, it should be unsurprising that the B-side to the “Alexander” single release featured a cover of synth staple “Lady in Red”. Neither should it be a surprise that the cover is cool, professional, and smooth, if a little on-the-nose. With The Future Sugar, Rey Pila take on that approachable mantle, pulling off crossover appeal but sanding the rough edges and ditching anything unexpected.