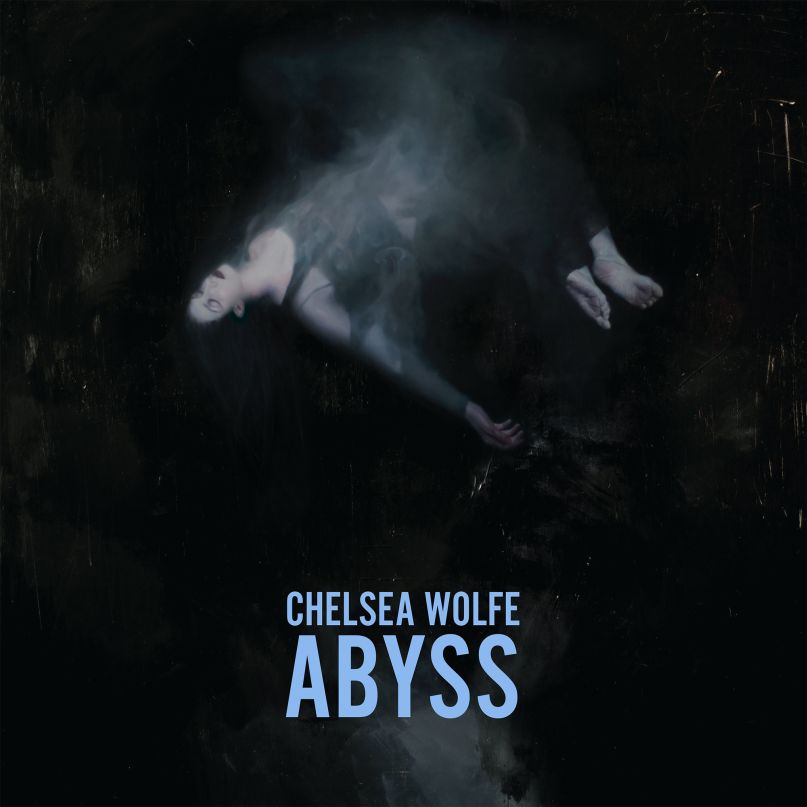 It’s easy to let Chelsea Wolfe’s image shape your expectations of her music. The singer-songwriter embraces all that the goth lifestyle has to offer and then elevates it beyond Tumblr tags and locker decorations. The backs of her eyeballs shine bright white on the cover of 2011’s Apokalypsis, glowing next to her thick black eyeliner, painting her as a woman possessed. Wolfe covets the appeal of the otherworldly, but her music, which strikes a fine balance between gothic folk and electronic noise rock, shies away from total immersion. She veers into the shadows, making beauty from evil, but she never plunges her hands too deep into its mess. On Abyss, Wolfe finally goes knee-deep into that dark terrain, embracing metal and overpowering drones that, unsurprisingly, click right into place.

Wolfe cites sleep paralysis and dreams of the afterlife as primary influences on this album. The moment in the middle of the night when you awake mid-terror, realize where you are, and settle back into a dream is one of particular imbalance. The consciousness is aware of the unconsciousness, but it has wholly surrendered itself to the unconsciousness’ doings. On Abyss, Wolfe similarly sacrifices control to the pace of her drones.

When a sound this thunderous, guttural, and physical shakes you, it challenges the senses beyond hearing. Abyss is full of meticulous contributions to this experience, especially for those hesitant about what music this dark can do. Opener “Carrion Flowers” stomps without mercy as Wolfe confidently pushes forward to show her fearless confrontation. Joined by Russian Circles guitarist Mike Sullivan and viola player Ezra Buchla, it’s the first of several Abyss tracks to tread in the same grandiose landscape as Godspeed You! Black Emperor, Om, and the various projects of Michael Gira. It’s followed by “Iron Moon”, an immaculately gloomy metal number that steamrolls over you, John Congleton’s production crunching across your body. The song is a kind of rebirth where you keep your eyes open throughout the whole process. When the church bells in “Dragged Out” appear shortly after, things begin to transform not only in the song, but in your mental state. Abyss clears the brain of emotional and mental stress, one shove of distortion at a time.

Despite its embrace of metal, Abyss balances Wolfe’s folk roots with assured conviction. They deserve their place here just as much as the noise. “Maw” brings piano side by side with industrial guitar, while “Crazy Love” targets Wolfe’s earlier folk sound with scraping violin. Her most fully realized folk number, “Survive”, seems to have been born in a graveyard. Its haunting string echoes vibrate like dying squeals of unidentifiable creatures. While they fade in and out of the background, Wolfe’s shrill melody rises in the chorus, suggesting something else is there in the room.

There’s a vast landscape in Abyss, but most times it’s too dark to be certain of what you see. That wavering imagery, an intentional creative choice, gives the album room to swell with personalized monsters. The tormented piano melody of “The Abyss” pierces the delicate wind blowing in the background, setting up the score for any scarring horror film of the future, complete with nervous fiddling on the violin. Now more than ever, Wolfe’s deathly gloom matches her music succinctly. Abyss terrifies from start to finish, the haunting work of a twisted genius in her prime.