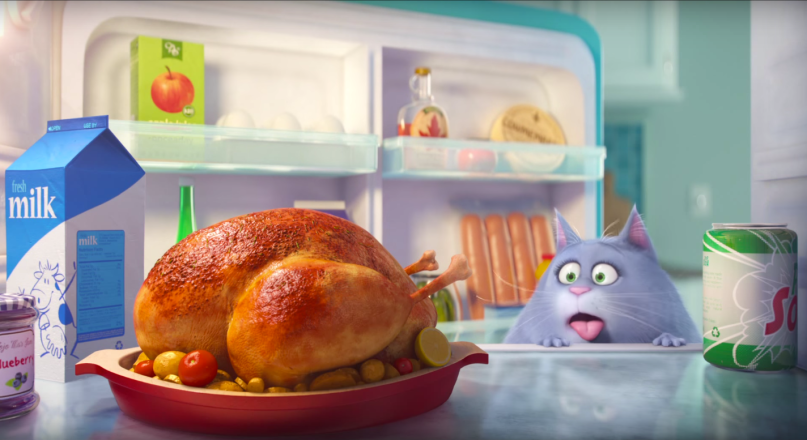 If you’ve ever had a pet, be it a solitary goldfish or an apartment full of cats and dogs, the trailer for The Secret Lives of Pets is going to make you smile. From the same team who made Despicable Me, the animated film answers a most important question: What really goes on when you leave your pets alone at home? Some of them sit at the door waiting for you, some of them sit in chairs they shouldn’t, and some of them turn on heavy metal and rock out. Watch the trailer below.

Director Chris Renaud (Despicable Me, Despicable Me 2) has assembled one of the most comedically gifted voice casts in recent memory, with Louis C.K., Hannibal Buress, Kevin Hart, Jenny Slate, Ellie Kemper, Bobby Moynihan, Eric Stonestreet, Lake Bell, and Albert Brooks all along for the ride. The film’s concept has been aptly described as “Toy Story but with pets,” so while the film is clearly aimed at children, it’ll have something for viewers of all ages to enjoy.