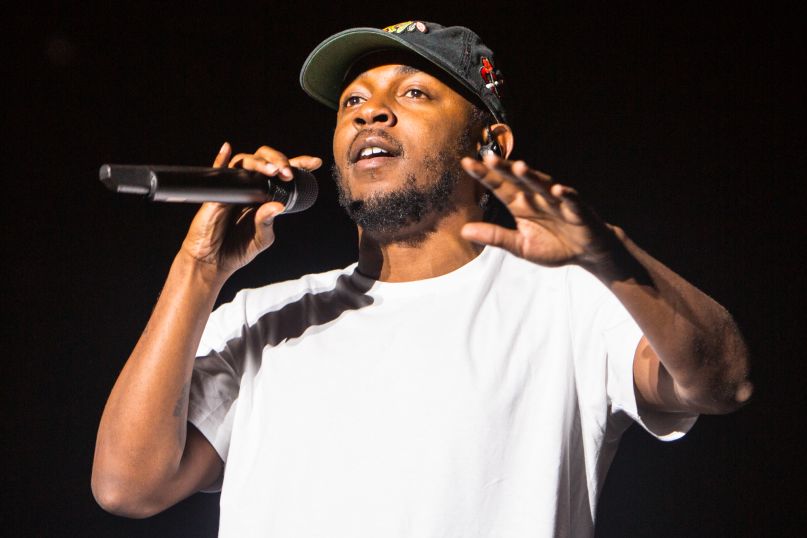 Last month, Kendrick Lamar was presented with California’s Generational Icon award in recognition of his musical achievements, close ties to his Compton community, and his status as an exemplary role model. This week, the MC offered further proof that he deserves such a prestigious decoration.

On Monday, Kendrick made a surprise appearance at a New Jersey high school after learning that one of its teachers was using To Pimp a Butterfly to help his students better understand The Bluest Eye, a 1970 book by Toni Morrison which deals with racism and racial identity. K-Dot not only participated in the lesson, but also called on the class to rap with him. Later, he invited some to recite their original poetry and spoken word pieces, and provided his own feedback. To cap off the heartwarming visit, Kendrick took center stage and performed TPAB’s “Alright” in front of a huge crowd of smiling freshmen.

Below, check out a clip of Kendrick performing; then head to MSNBC for more footage of the visit.