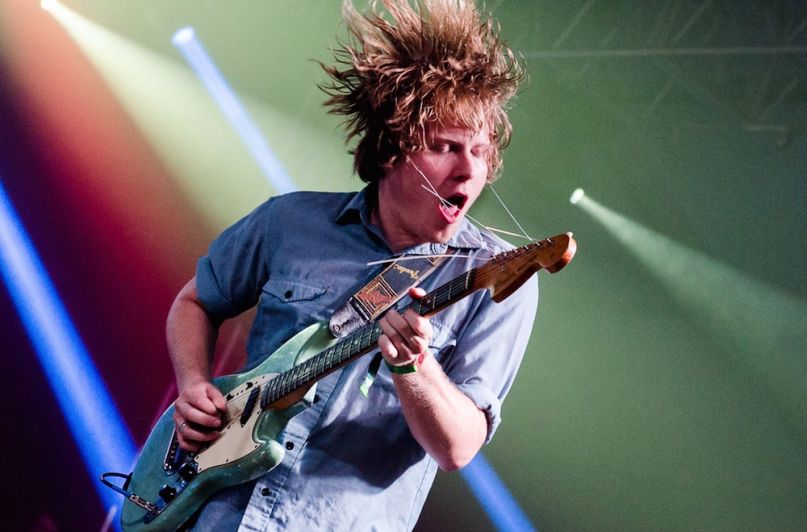 It’s barely July, yet Ty Segall already has two releases under his belt: live album Live in San Francisco and his Mr. Face EP. The ever-prolific garage rocker also lent his production talents to La Luz’s sophomore LP, Weirdo Shrine. Despite his various projects, Segall has found time to write new material, some of which he debuted during his recent acoustic shows in New York City.

The Bay Area native teamed up with Cory Hanson of Wand on Friday to play an unreleased/untitled track, which he says is about a “tree growing inside of an airplane.” It’s a sweet little number featuring Segall’s own skyscraping falsetto, though it’s unclear whether this is the final version of the song or simply an acoustic take. (Who wants to bet the studio recording will include some gnarly, reverb-laden riffs?)

That same night, Segall also covered Neil Young’s “For the Turnstiles” and The Cars’ “My Best Friend’s Girl”. Check out fan-caught footage of all three performances below.

Neil Young’s “For the Turnstiles”:

The Cars’ “My Best Friend’s Girl”: