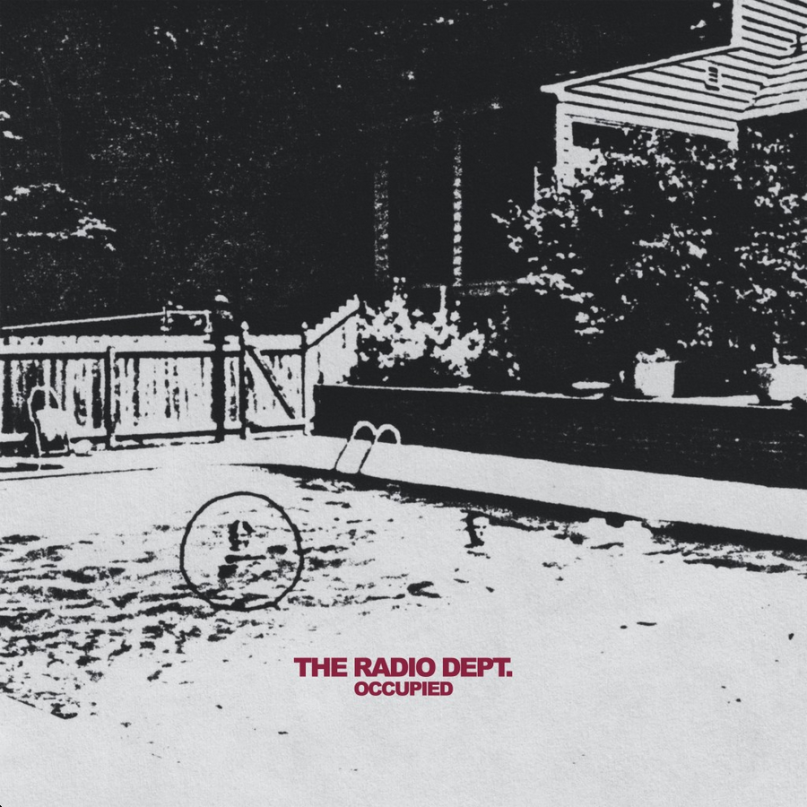 The Radio Dept. returned after a four year break last September with the instrumental “Death to Fascism”. The song marked an interesting departure from the woozy dream pop of 2010’s excellent Clinging To A Scheme towards something more progressively electronic. The Swedish outfit continues to explore this new path on their new single, “Occupied”.

The title track from a just-released 12-inch single, “Occupied” is a shoegaze-y dance track built on drum loops and drunken, jabbing synths. The band’s familiar spiraling style is all there, only now it’s doing its spin in darker corners of the studio. Even the lyrics represent a grimmer take on things, as electronically reverberating vocals promise the greedy that, “Where good people thrive/ Well, the likes of you go down/ down, down, down.” Take a listen to the 7-minute track below.

The “Occupied” single is available now. It comes backed by “It looked like heaven (but feels like hell)” and a Liminals remix of the title track re-dubbed, “Down down down”.