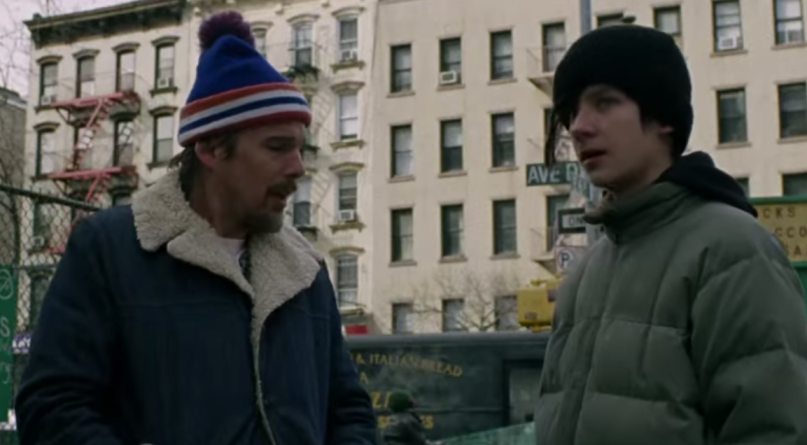 While he may have missed out on Spider-Man, Asa Butterfield is sure to continue his ascension from child actor into a burgeoning young talent. Case in point: Ten Thousand Saints, a punk period piece carried in tandem by Butterfield and Ethan Hawke. Watch the film’s new trailer below below.

Butterfield stars in the film as Jude, a young Vermont teen whose estranged father (Hawke) reappears to bring him back to Manhattan in the midst of a cultural upheaval, with the late 80’s punk and hardcore scene setting the backdrop for the nontraditional family narrative. Emile Hirsch (Into The Wild) also stars as Jude’s half-brother and the lead singer of a hardcore band, as well as Emily Mortimer (The Newsroom) playing Hawke’s girlfriend and Hailee Steinfeld (True Grit) as Mortimer’s daughter, an uptown girl who comes between the brothers.

In our Sundance review, Michael Roffman called the film a “vessel to the remarkable past with an honest meditation on what a family represents in today’s day and age,” and praised the performances of Butterfield, Hirsch, and Hawke.