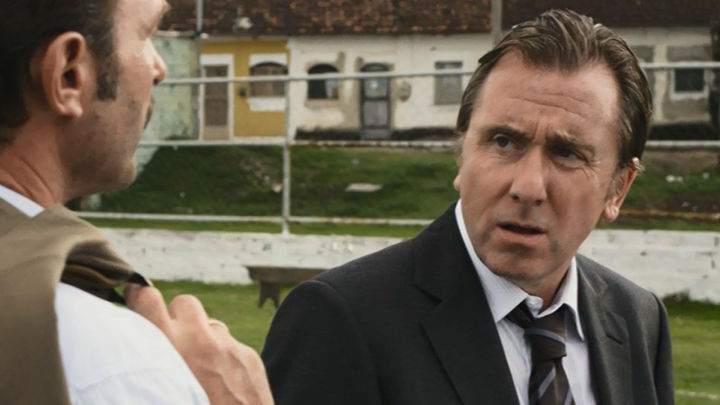 In what might be the worst timing for a film release since Let’s Be Cops came out during the Ferguson protests, a new film about the proud history of FIFA has opened worldwide.

United Passions, which was self-funded by FIFA, explores the 111-year history of the soccer organization. It stars Tim Roth (Pulp Fiction) as FIFA president Sepp Blatter, as well as Sam Neill and Gérard Depardieu.

Unfortunately, United Passions comes less than two weeks after the arrests of several high-ranking FIFA officials and the re-election and resignation of disgraced scumbag and FIFA president Sepp Blatter. As you might expect, it’s not being very well received.

On Rotten Tomatoes, the cumulative critical rating for United Passions currently stands at 0% Fresh. (For reference, Paul Blart: Mall Cop 2 is at 6%.) Michael Rechtshaffen of the Los Angeles Times called the film a “squirm-inducing heap of propaganda at its most self-congratulatory.”

United Passions is also struggling mightily at the box office. Reuters reports that so far, only two people attended the film’s opening screening in Los Angeles this week.

Below, watch the film’s trailer.