A powerful cut off his forthcoming sophomore LP, Chronovision 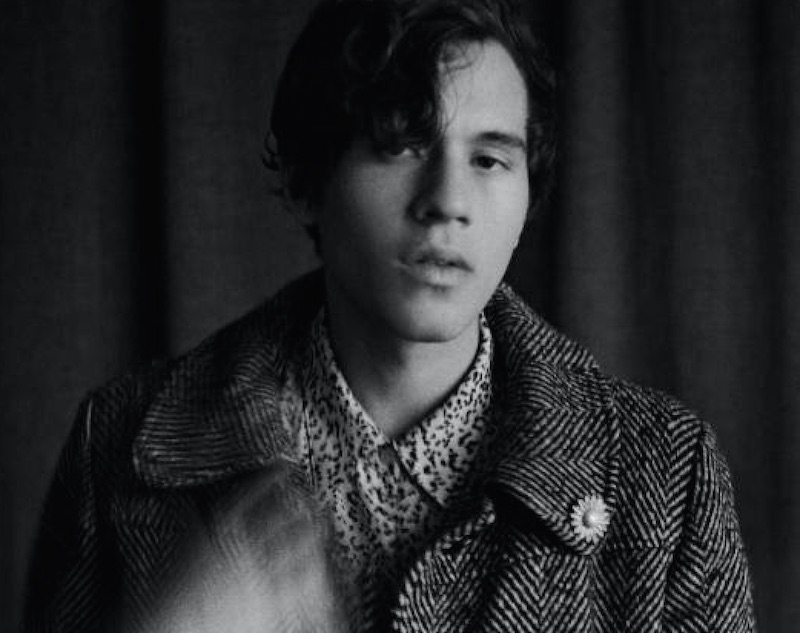 A press release describes Chronovision as Oberhofer’s “signature amped psych pop with orchestral flourish, new wave flare, and grungy fuzz, but multiplied with his intensity that only time and life’s gut checks can enhance.” The Brooklyn songwriter’s gut checks referenced on the LP are many:

His almost idyllic youth — mom sang opera; dad sailed boats; family lived on a gulch; deer and fox munched blueberries outside — had recently smashed up against harsh reality. One day while home for a brief respite from touring his 2012 debut Time Capsules II, Oberhofer woke to find his roommate dead, in the bathroom, of a heroin overdose. He had to call his friend’s boyfriend and break the news. Then, a mere three days later, he had to clear out all of his belongings and drive his band to Lollapalooza.

Though the album might play out like a tightly polished and incredibly self-aware release, the recording process behind it was anything but smooth. In fact, Chronovision is the result of a physically taxing ordeal of hours upon hours spent pent up in a studio and an endless creative journey involving the careful sifting-through of over 100 (!) demos.

Not surprisingly, emotional and physical scars manifest themselves in Oberhofer’s latest offering, “White Horse, Black River”. Penned as a dedication to his grandmother who recently passed away, it’s a song that demands immediate attention yet also burns bright with feelings both devastating and sweet. The outro, which juxtaposes wiry noise and honeyed melodies, is just one of the track’s many powerful moments. Listen in below.

For more of the LP, check out “Memory Remains”, one of our Top 10 Songs of the Week. Pre-order a copy of Chronovision here.