Jodorowsky-inspired clip asks, "What do cats do at night while we're asleep?" 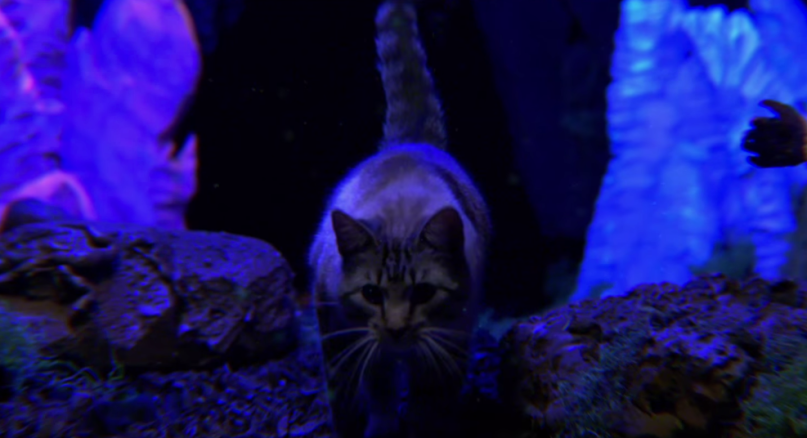 As the anxiety-ridden owner of four cats, I’m always concerned one might stumble into something they shouldn’t. Mastodon take that idea one step further in their new video for “Asleep in the Deep”, portraying a feline’s experience after consuming psychedelics.

The video was directed by Skinner. He says the video’s concept “was birthed out of my curiosity about what a cat really does at night while we are asleep. Where do they go? Cats have a very mysterious myth to them and I thought it would be cool to explore that, as little nocturnal heroes. I decided to put a sort of Joseph Campbell hero myth spin on it and add some Jodorowsky psychedelia as well. I’m more than excited about the way it came out! I love it!”

Watch the video below. It’ll also air on Adult Swim Saturday morning at 4:00 a.m., which will undoubtedly put a scare in whoever happens to be having a similar psychedelic experience at that time.

“Asleep in the Deep” appears on Mastodon’s latest album, Once More ‘Round the Sun.