Plus, watch a documentary about the making of the song 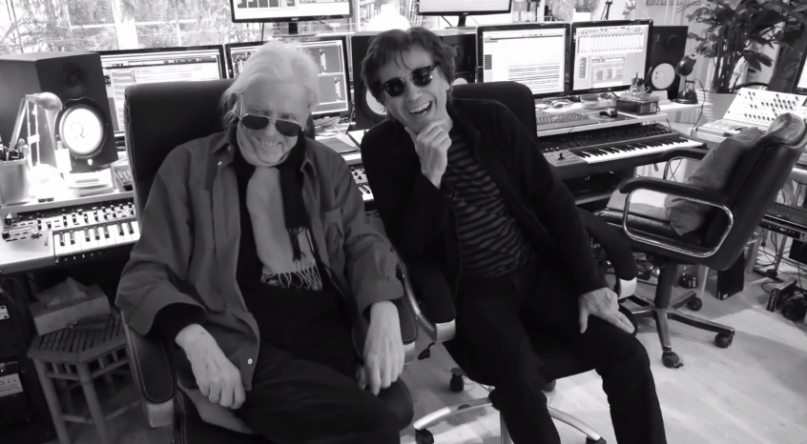 Jean-Michel Jarre will return later this year with his first album in eight years, a collaborative effort that sees the electronic icon working alongside other masters of the craft. The record features the likes of Massive Attack’s 3D on “Watching You”, Anthony Gonzalez of M83 on “Glory”, and Tangerine Dream on “Zero Gravity”. That latter track holds particular significance as it’s perhaps the last piece of music Edgar Froese worked on prior to his passing earlier this year. As such, Jarre has dedicated the upcoming vinyl 12-inch release of “Zero Gravity” to the late Froese.

The “Zero Gravity” single is limited to 1,000 copies from The Vinyl Factory and is available June 30th. It features a remix of the track by Above & Beyond, which you can listen to below along with a three-minute preview of the original song.

Ahead of the single’s release, Jarre has shared a mini-documentary about the song’s creation. Featuring footage of Froese himself working with Jarre in Austria, the five-minute video includes discussions with Froese’s wife, Bianca Acquaye, and Tangerine Dream’s keyboard/sound engineer, Thorsten Quaeschning. Jarre talks about the coming together of two electronic pioneers who, even though their careers began around the same time, had never worked together until late 2014.

“Electronic music came from Germany and France,” the French Jarre says of working with the German Forese. “This music, which is absolutely the most popular music in the world today, it started in our countries, in France and Germany. Tangerine Dream even more than anybody else because they for me encapsulate lots of things that we have in common, this link between technology and classical music.”

Watch the video below: