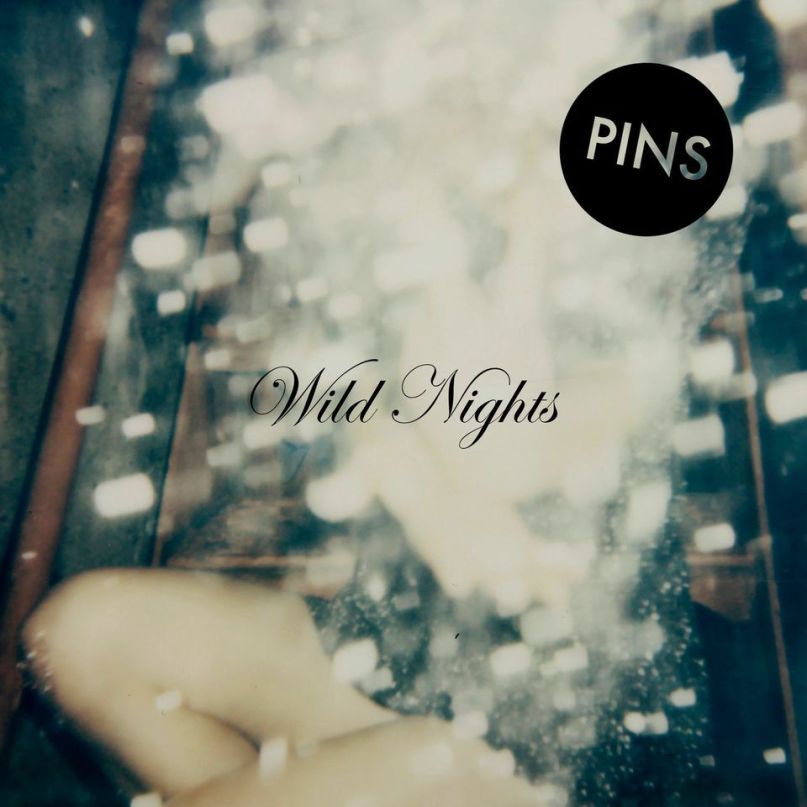 “You get a lot of shit for being in a girl band,” PINS’ singer-guitarist Faith Holgate told The Line of Best Fit three years ago. The unfortunate truth is that, even in 2015, being an all-female rock ‘n’ roll-group is still something of a novelty. On Wild Nights, PINS invoke plenty of comparisons to forebears like Sleater-Kinney and Hole, but maybe the clearest sign of progress in the genre is that when anger crops up in their work, it doesn’t feel strictly political. They aren’t mad at the patriarchy as a whole, just the deadbeat dude that “looked so good at first, when I didn’t know your name” (from “Too Little, Too Late”). Wild Nights is in many ways an ode to partying, but that’s not as frivolous as it sounds. The album simply revels in the joys of youth and independence.

Holgate has said that while much of their music is inspired by punk, she and bandmates Sophie Galpin, Anna Donigan, and Lois McDonald decided to eschew the more traditional power chord formula in favor of intricate (but still noisy) melodies that are powerful in their own right. The result is a richness and subtlety in songs like “House of Love”, which finds Holgate singing about strip clubs over meandering guitars and a steady drum march. Holgate and co. sound self-assured on Wild Nights — a little like they’re still growing into their sound, maybe, but they’re making strides toward something that will set them apart. “If Only” sounds like it was inspired by ’60s girl pop, and inevitably invites comparisons to the Dum Dum Girls, but it lacks the rawness and immediacy that the latter band has in droves.

At times, Wild Nights can err towards being too cerebral and not visceral enough, especially in the case of ponderous songs like “Got It Bad”. It’s a technically sound track that starts off slow and builds to a crescendo around the refrain, “This is the best I’ve ever had/ I’ve got it bad.” It feels careful, never fully letting its guard down. Holgate and co. may be party girls, but they’re calculating ones — the kind that leave a bottle of water by the bed before they go out. Wild Nights is enjoyable, but it still feels like PINS’ best work is yet to come. More than anything, it’s about the freedom to make bad choices — a luxury that women several generations ago simply didn’t have.

Essential Tracks: “Too Little, Too Late”, “If Only”