Bilal – In Another Life 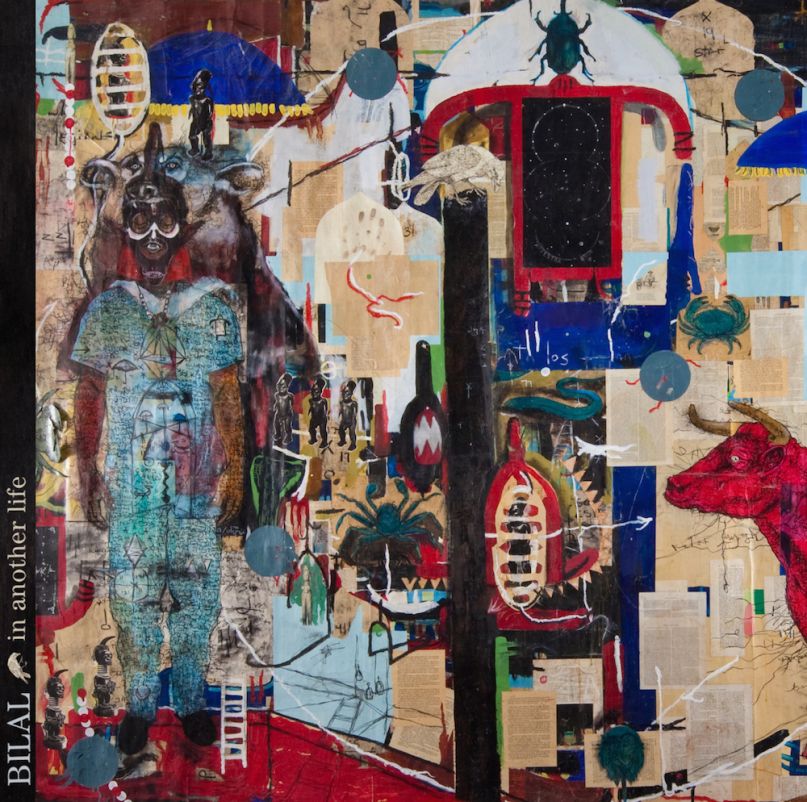 Bilal has labored at the fringes of the R&B world since his 2001 debut. He has relentlessly pursued an iconoclastic sound, putting his classically trained falsetto to work against a shifting fabric of influences, including classic soul, ’90s R&B, hip-hop, jazz, and funk. In a career of left turns, Bilal has again zigged when everyone else is zagging. With In Another Life, though, that left turn feels more like a missed opportunity.

Over the last five years, the audience for R&B and soul has exploded. Artists like Frank Ocean, The Weeknd, and Miguel are proving the commercial viability of original interpretations of classic sounds. As production values get cleaner, sharper, and more electronic, Bilal has staked his latest work on the opposite. In Another Life was produced on analog equipment and relies on live instrumentation, resulting in an immediacy sometimes lacking in the slicker work of his contemporaries. But there is a thin line between raw and unpolished.

Bilal teams with Adrian Younge on In Another Life, a composer/producer who specializes in reinterpreting ’60s and ’70s funk and soul. The dedication to live instrumentation is immediately obvious; the album crackles with vitality. The hi-hat is loose and splashy on album opener “Sirens II”, and you could be resting your elbows on the piano throughout “I Really Don’t Care”. At its strongest, this immediacy is transportive. But at its weakest, like on meandering “Star Now” or over-aggressive “Lunatic”, the rough edges overlap and disappear into a blur. Some instruments feel too high in the mix, typically the drums, and the ensuing chaos threatens to consume the rest.

Several of the strongest tracks on In Another Life feature other genre-bending artists. On “Pleasure Toy”, Big K.R.I.T. lends a predictably slick verse, and Kendrick Lamar simply shreds the last third of “Money Over Love”. Bilal sounds great while trading verses and joining in harmony with New Zealand singer Kimbra on “Holding It Back”.

The time feels right for Bilal to share the crossover success of his contemporaries, but this isn’t the album that’s going to do it. He gets major points for continuing to stand behind his artistic vision and this album will likely satisfy longtime fans, even if it isn’t the breakthrough he has been hinting at for over a decade.

Essential Tracks: “Money Over Love”, “Holding It Back”, and “Bury Me Next to You”