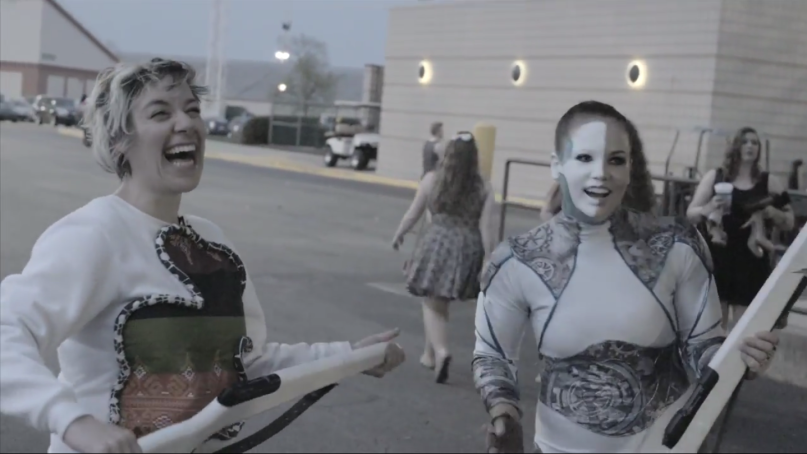 Earlier this year, David Byrne announced a new live performance project called Contemporary Color, bringing together modern artists with 10 color guard teams. Byrne has recruited the likes of St. Vincent, How to Dress Well, Dev Hynes, Kelis, Nelly Furtado, and tUnE-yArDs to take part in four exclusive performances in Toronto and Brooklyn. Each artist will work with the team’s creative heads in creating a “mind-blowing meld of original music and routine.” Now, we’re getting a glimpse at what this project looks like with a mini-documentary featuring tUne-yArDs’ own Merrill Garbus.

The clip follows Garbus as she meets the group she’ll be working with, Emanon Winter Guard, for the first time. Throughout the video, she’s given a crash course in the world of color guard and follows the group as they compete in the WGI World Championships in Dayton, Ohio. She even gets a lesson from one of the team members on how to properly flip a rifle, which has some pretty hilarious results. Watch the mini-doc below.

Contemporary Color will premiere this summer with performances on June 22nd and 23rd at Air Canada Centre in Toronto and June 27th and 28th at Barclay’s Center in Brooklyn. Tickets are still available. Revisit the show’s announcement trailer featuring Byrne below.