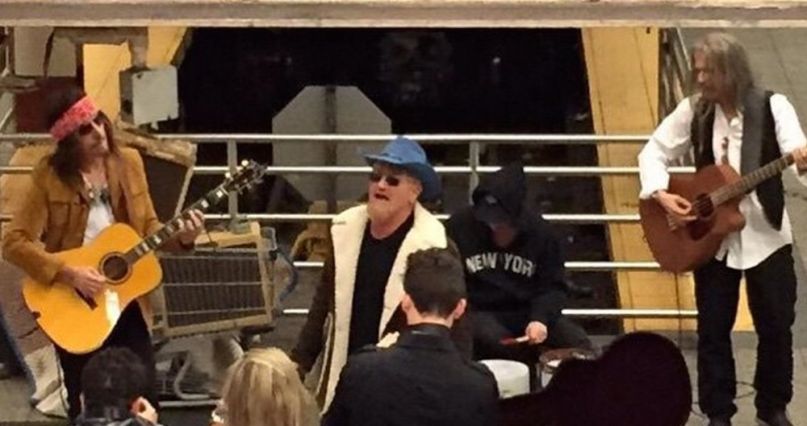 Bono’s bicycle injury forced U2 to cancel its scheduled residency on The Tonight Show Starring Jimmy Fallon last November. Now, the band’s making up for that lost time with a U2-centric episode of The Tonight Show set to air on Friday. Since the show won’t be filming on Friday, Bono & co. have been taping various segments throughout New York City the last few days.

Last night, the Irish rockers were spotted playing an impromptu busking session in the Grand Central subway station. Disguised with sunglasses and hats, U2 performed the 1988 Rattle and Hum single “Angel of Harlem” to a sizable crowd. Watch a clip below, followed by a few pictures.

Also, judging by the photo below, it appears Bono and Fallon will be doing a skit about the infamous bike accident.