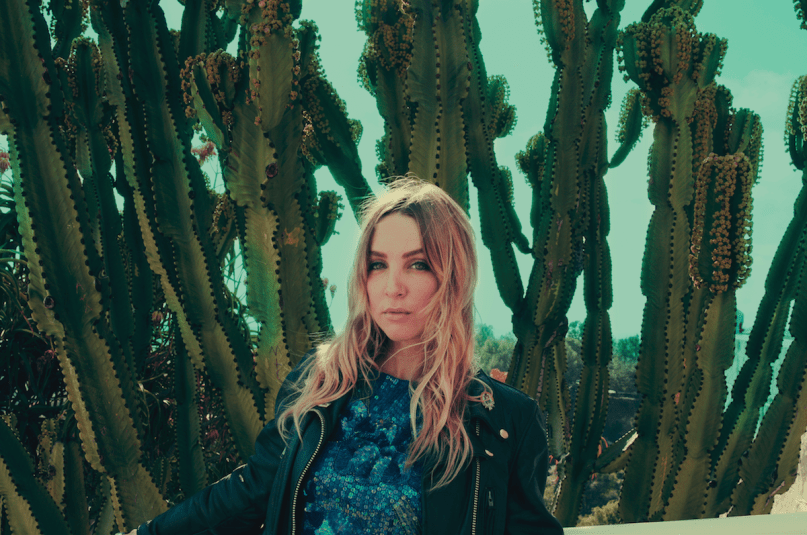 On August 7th, The Mynabirds, the indie pop outfit led by singer-songwriter Laura Burhenn, will return with a new album titled Lovers Know. Due out through Saddle Creek, the LP serves as their third to date and follows 2012’s Generals. It was produced by Black English’s Bradley Hanan Carter and reportedly pulls from influences such as Kate Bush, Jesus and Mary Chain, and My Bloody Valentine. According to a press release, it’s Burhenn’s “most personal and confessional works to date.”

As a preview, the band’s shared lead single “Semantics”, a brisk, life-affirming pop gem. In a press release, Burhenn offered some context on the song:

Have you heard about the Buddhist monks who meditated on polluted water molecules? The molecules changed from sad, brown amorphous things into beautiful geometric shapes that looked genuinely happy. That’s pretty much what this song is about. Long love is tough and it takes a lot of effort. It gets bent out of shape, and brown and a little amorphous over time. So in ‘Semantics’ I’m asking, ‘Does it matter what we call things, what we call ‘Us’? And yeah, it does. It can change everything. If we call love something beautiful, if we put the energy into it being that, we can transform into that.