Drummer joins the Long Island band on a new EP 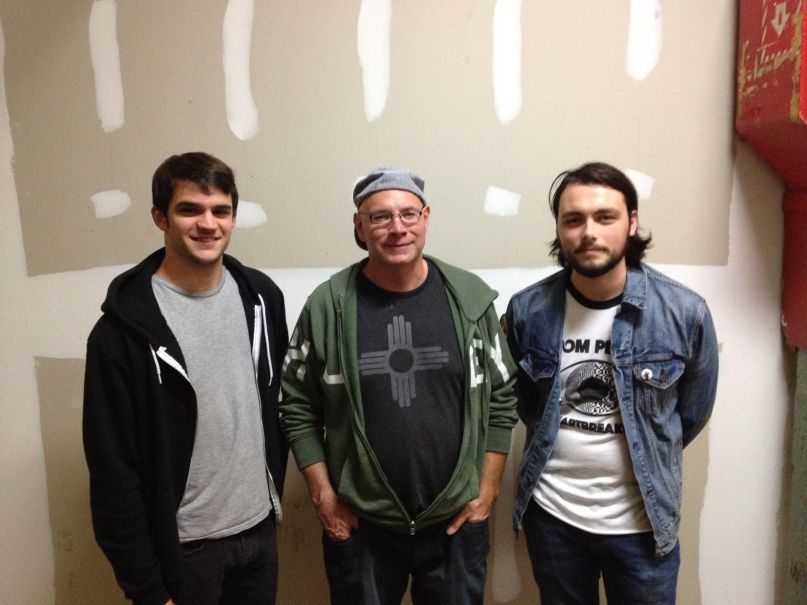 Long Island-based duo The Glazzies were set to release their new LP, Kill Me Kindly, earlier this year via Old Flame Records. However, they made the decision to push back the album when a new opportunity arose, one that these diehards of classic ’80s and ’90s indie rock simply couldn’t pass up. The band’s producer, Justin Pizzoferrato, is known for his work with Dinosaur Jr., and he was able to hook the band up with Dino’s drummer, Murph. Together, The Glazzies and Murph recorded three tracks, which will all be featured on a forthcoming EP, Satin Stain, out May 19th via Old Flame.

Our first taste of the collaborative release was with “So Strange”, and now they present their latest single, “Maybe Someday”. Peter Landi’s guitar chords shift with a bit of Cobain-ian swing, exploding out on the chorus into a strummed barrage. Murph pounds out some skillfully timed drums that Dave Horn will no doubt have a ton of fun playing live. But for all the fun they’re having playing it, the song isn’t a exactly a joyful tune. Landi bemoans the feeling of staleness that overtakes everyone at some point. Not really motivated to make the change, but not content enough to accept his place, he sings out, “Yeah maybe, maybe someday will come sooner than later/ I hope it does.”