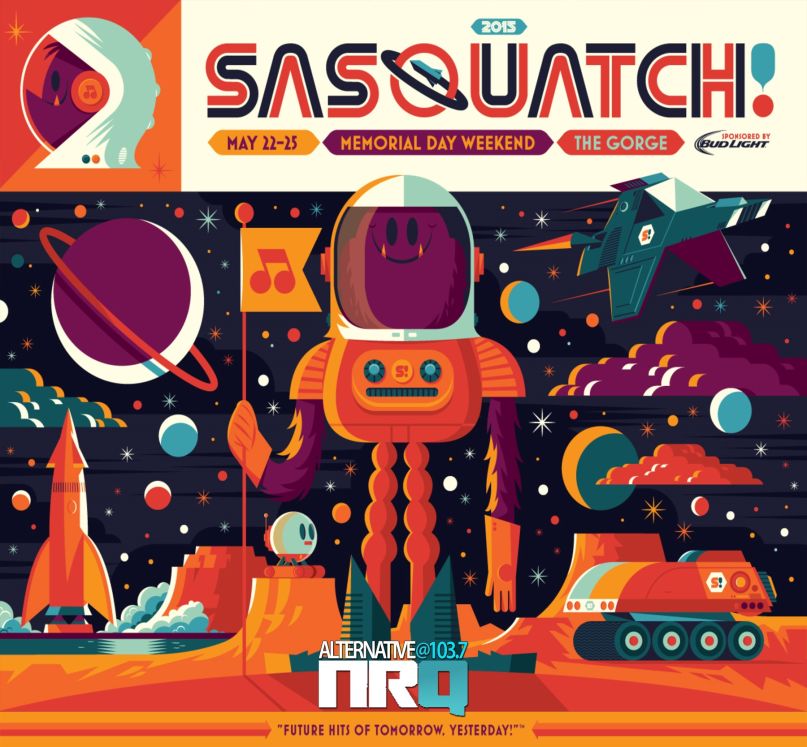 Four days of a festival can be grueling. Living long on a campsite, with so many neighbors not showering, is a lot to ask of people. Yet this year’s Sasquatch! Music Festival made it an easy choice, boasting one of the season’s solidest lineups. It was a chance to see legends like Robert Plant and Sleater-Kinney and witness the birth of future myths Kendrick Lamar and Lana Del Rey. Not to mention that The Gorge Amphitheater isn’t all that bad of a backdrop either.

The headliners may have been the big draw, but this year’s undercard provided some of the biggest surprises. Sasquatch! has long been an outlet for young artists to make their break into something bigger. Tame Impala even recalled their chance booking in 2010 and how they made it a goal to one day play on the main stage with the picturesque landscape behind them. They wouldn’t be alone as many of this year’s rookies showed potential to make the same leap within the next few years.

Sasquatch! is also an absurd place. It’s a festival where you can dance to Jungle next to a girl dressed as a banana or vibe out with a dinosaur at James Blake. At times, the crowd looks like unlockable costumes for Tekken characters, and that’s all part of the charm. There was a snarky vibe in the air, too, as jokes about corporate sponsor Twix floated left and right. Even artists got in on the fun, mockingly encouraging people to eat the candy and feigning enthusiasm about its chocolatey goodness. But if the worst thing to happen at a festival is candy, that doesn’t sound so bad.

Ahead, you’ll find our coverage of the best and worst of the festival.