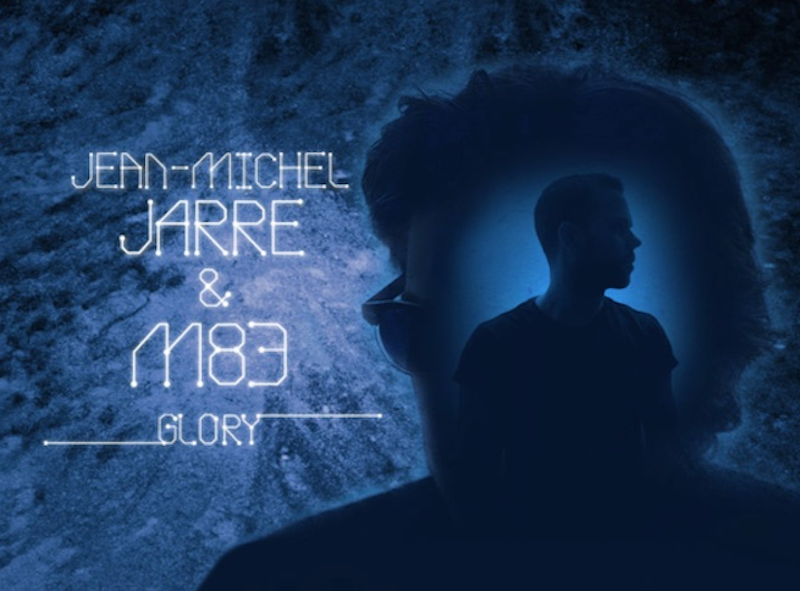 Jean-Michel Jarre was one of the pioneering hands in the birth of electronic music. His latest album sees him collaborating with a variety of modern genre staples. Today, he’s shared a new song titled “Glory”, which features fellow Frenchman Anthony Gonzalez of M83.

For Gonzalez, the song presented him the opportunity to work with a man he watched on TV in awe during his childhood. “He was playing with his synths and I was blown away with the sound and the look of his synthesizers,” Gonzalez said of Jarre in a press release. “It looked so futuristic to me, I was just hooked by the melodies and the power of his music right away.”

The song builds on an airy ambiance, with snapping drum machines providing a sharp counterpoint to Gonzalez’s vocals. After the first verse, however, a flurry of synths weave their way in and out of the marching rhythm, coming together in a rousing atmosphere befitting the track title. Listen below via Spotify.

The track is just one of many collaborations featured on the record, Jarre’s first since 2007’s Téo & Téa. Massive Attack’s 3D features on “Watching You”, Tangerine Dream joins Jarre for “Zero Gravity”, and young French producer Gesaffelstein teams up with his forefather on “Conquistador”. (The Tangerine Dream collab was reportedly recorded prior to founder Edgar Froese’s death earlier this year.) Those three tracks will be each be released as 12-inch singles on June 19th, with B-sides featuring remixes and/or extended takes. Preview all three of those cuts below.