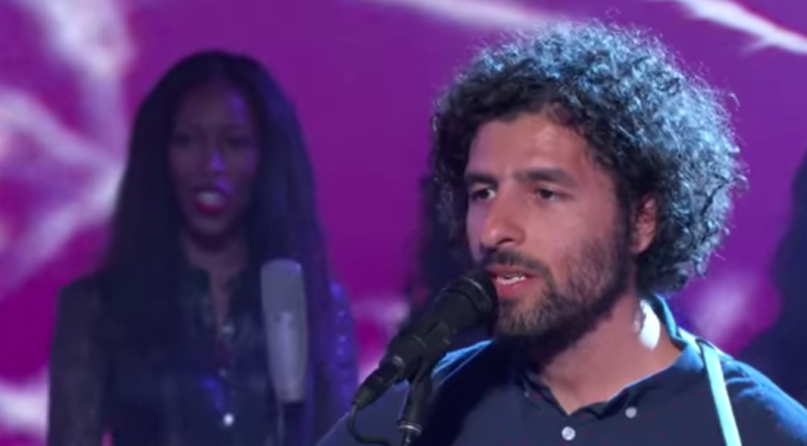 José González released his excellent new album, Vestiges & Claws, back in February, but he’s yet to support the release on US late night. In fact, one of his only TV performance promoting the album was on a Swedish game show, where he covered TLC and John Lennon. Last night, the folk singer-songwriter finally performed for American viewers.

Appearing on Jimmy Kimmel Live!, González performed “Leaf Off/The Cave”, from Vestiges, and “Killing For Love”, a track appearing on 2007’s In Our Nature. Watch both replays below.

Thankfully, this isn’t the last time you’ll be able to hear these beautiful songs in the States. González has a handful of international shows mapped out for the summer, including stops at Newport Folk, Sasquatch!, and Austin City Limits. Find his full itinerary here.