With the help of Fred Armisen, Vanessa Bayer, Zosia Mamet, and Feist 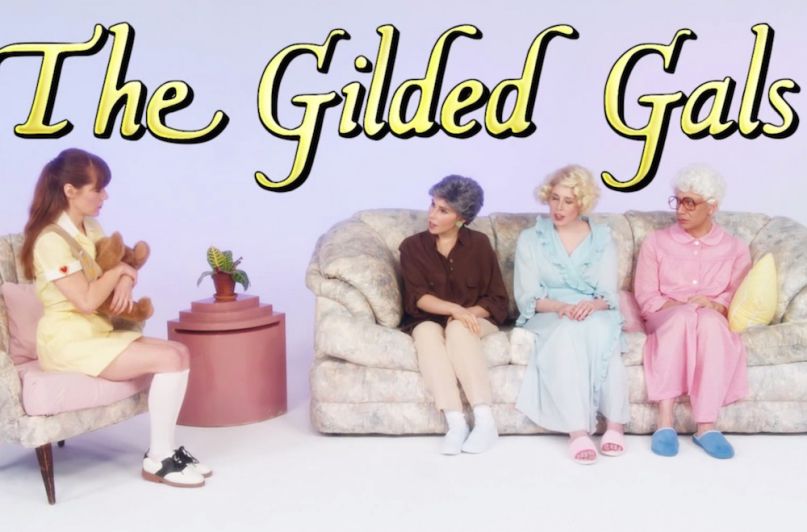 Jenny Lewis wasn’t always an indie rock goddess donning technicolor pantsuits. Long before she dedicated herself to the world of music, she had built up a healthy career in Tinseltown as a child actor.

Now, like a blast from the past, a clever marrying of the and the old, Lewis’ video for “She’s Not Me” revisits some of those bygone days, recreating scenes from The Golden Girls, Troop Beverly Hills, The Wizard, and Pleasantville — films and TV shows she’s previously appeared in as a young tyke. As if a late ’80s nostalgia trip isn’t enough to whet the appetite, the singer-songwriter is also joined by a handful of very special guests in fellow songstress Feist and actors/comedians Fred Armisen, Zosia Mamet, Vanessa Bayer, and Leo Fitzpatrick. (Gawd, Armisen as Sophia Petrillo kills me.)

“The video is about former identities and incarnations of one’s self,” Lewis told Buzzfeed of the visual. “It’s a super meta retrospective on my career.” It’s also the kind of video that keeps on giving and is sure to lock in the millennial vote. Watch below.

“She’s Not Me” is off Lewis’ latest album, The Voyager.

And because I’m a HUGE Golden Girls buff, why not revisit Lewis’ actual 1987 cameo (boy, was she bratty):