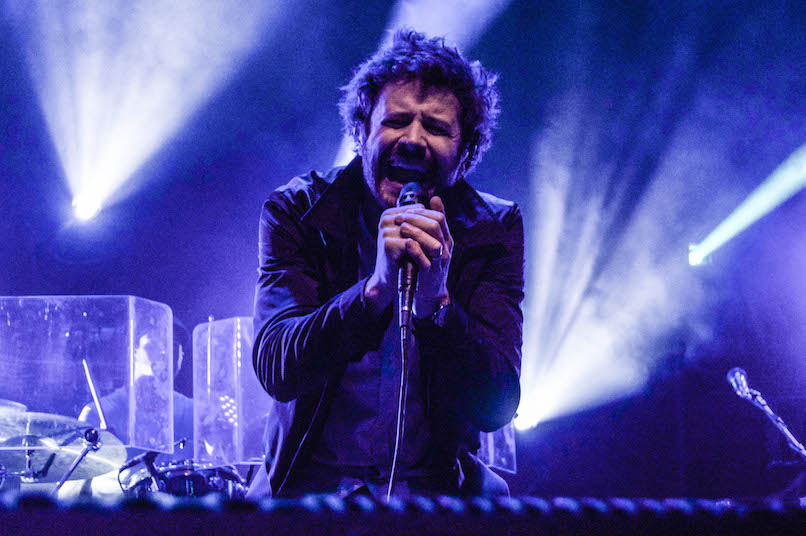 Passion Pit frontman Michael Angelakos took to Chicago’s Thalia Hall for the second of two sold-out shows last night and led the venue into a quaking fever. After opening with crowd favorite “Little Secrets” into Kindred hit and highlight “Lifted Up (1985)”, the band’s always energetic live show quite literally shook the venue — within 10 minutes, no less — as the packed house jumped to the music’s every pulse.

The older songs hit best, “The Reeling” evoking a booming chorus of “Oh no”s from an audience slightly (drunk and) distracted during the newer songs, while Gossamer‘s “Carried Away” conjured the night’s loudest sing-alongs. The set’s only flaw was the swift encore consisting of just a little over half of the beloved “Sleepyhead”. Still, the smiley crowd filed out onto the wet Chicago streets more than satisfied by show’s end.