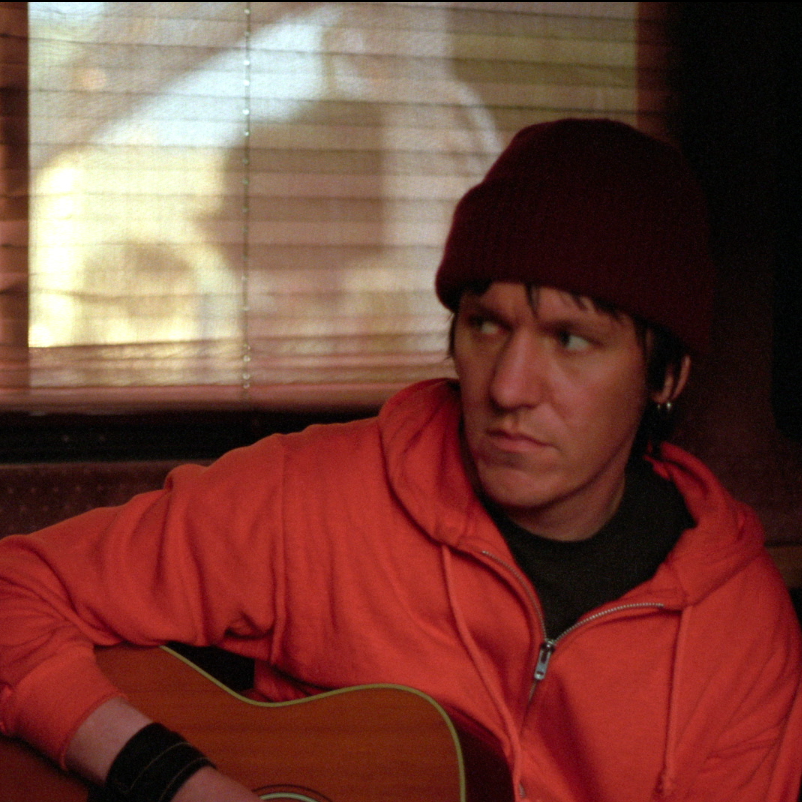 I don’t recall the first time I heard Elliott Smith. His name just started showing up on the handmade covers of mixtapes that my music geek pen pals made me in the late ’90s. Somehow, his heartrending songs felt like they’d always been there.

I didn’t know much about him back then. The emotions in his music felt so familiar, but the man himself seemed untouchable and intangible. Even with the increased exposure that came with his Oscar nomination for “Miss Misery” from Good Will Hunting and his performance at the 1998 ceremonies, Smith remained an elusive figure. The brutal and not entirely explained circumstances of his death in 2003 only compounded that mystery.

Heaven Adores You, Nickolas Rossi’s ponderous new documentary about the man, isn’t particularly conventional. From a completely clinical standpoint, it’s not even technically good. It’s meandering and unfocused, arguably glossing over the darker parts of Smith’s life and relying far too heavily on (admittedly beautiful) exterior shots of Portland, New York, and LA to make up for the lack of available footage of the singer. Aside from snippets of unreleased material and confirmation that a little creative math was involved in making Smith eligible for his Oscar nom (which was close to an open secret, anyway), it doesn’t really bring anything new to the greater Elliott Smith story.

And yet it hardly seems fair to review Heaven Adores You as a traditional documentary at all. I’m not sure such a film would be necessary at this point. We likely know about as much as we’re ever going to know about Smith’s life and the strange circumstances surrounding his apparent suicide now, thanks to SPIN’s exhaustive 2004 feature “Mr. Misery” and the unauthorized 2009 documentary Searching for Elliott Smith’s segments with his girlfriend Jennifer Chiba, who was there when he died. Anyone who still wants to ruminate on that topic is welcome to go pore over the details and pick through the bones on Reddit or the Justice for Elliott Smith site. But Rossi, who neither hides nor apologizes for his own personal Smith fandom throughout the course of his film, clearly has different goals.

Heaven Adores You works best if you approach it like a mixtape or a fanzine. It’s pieced together from old interview clips, random landscape footage, and interviews with the people who knew Smith, worked with him, and almost unequivocally loved him. It’s a little rough around the edges and almost incapable of being critical of its subject, but it’s exciting and passionate and it gives you something you won’t get from a more mainstream source. And what Rossi’s approach lacks in objectivity, it more than makes up for in intimacy.

The real revelations in the film are in the details, the nuances in the way musicians from Portland’s ’90s music scene and Smith’s sister Ashley Welch and his former manager Margaret Mittleman talk about him a decade after his death. They don’t necessarily shy away from discussing Smith’s substance abuse or the darker side of his personality, but no one wants to dwell on it, either. It’s fascinating to watch them reconcile the frustrations and hurt that he caused them with their enduring love for him, especially under the weight of his absence. Heaven Adores You is almost as powerful a portrait of grief and closure as it is of Smith himself.

The reflections from Joanna Bolme, Smith’s longtime girlfriend, fellow musician, and the woman who inspired one of his most famous songs, “Say Yes”, are particularly touching. We watch her juggle her feelings, the beauty of the song, and the less than perfect circumstances under which it was written. It’s a complicated emotional puzzle, but she handles it with grace, thoughtfulness and openness.

It’s a useless critical cliche to say that a music documentary is “for the fans.” The whole point of being a fan is that you want to consume everything that you can find on the object of your pop cultural obsession. But Heaven Adores You is, quite uniquely, for Elliott Smith’s fans, both in terms of its lo-fi aesthetic, which recalls the glory days of the scene from which he emerged, and its emotional content, which hurts as good as any Smith song. Watching the film feels just like discovering him on DIY mixtapes so many years ago.