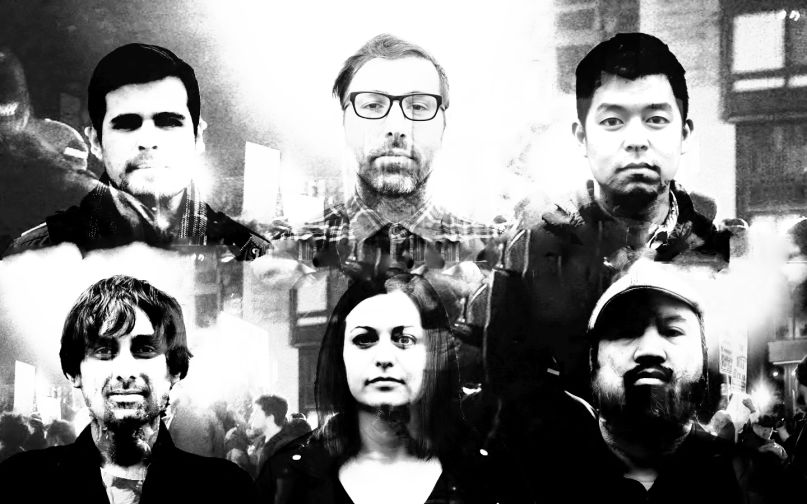 Washington D.C.’s Drop Electric has gone through many changes over the last few years. Starting as an explosive post-punk outfit with anthemic vibes and screeching guitars, they took a detour into a more ethereal soundscape with 2013’s Waking Up to the Fire. After disputes over songwriting duties, frontwoman Kristina Reznikov quit the band a year later just before they’d finished recording their next album. Despite the loss, the band carried on, and will be self-releasing Lost in Decay on May 26th.

The new record sees Drop Electric bridging the gap between their former selves, the post-punk shredders and the celestial explorers, as demonstrated on “Tread Lightly”. The scorcher of a track opens with otherworldly organs and backmasked effects before opening up into a barrage of guitar fuzz. Reznikov’s vocals remain intact, her voice like a gorgeous, tormented ghost bellowing through the hallways. In the hollow verses, the drums still clamor excitedly with tortured anticipation, signaling a frenzied return to form for the band.

“This song came from a bottomless well of anger,” the band says. “It is a reflection on all of our growing impatience with the fables we were fed as kids and the world we grew up into. In a world controlled and dominated by those who see us as alien, we share our noises in hopes someone else like us hears it. We put it together piece by piece like a quilt made of vengeance.”

Pre-orders for the album are now ongoing.