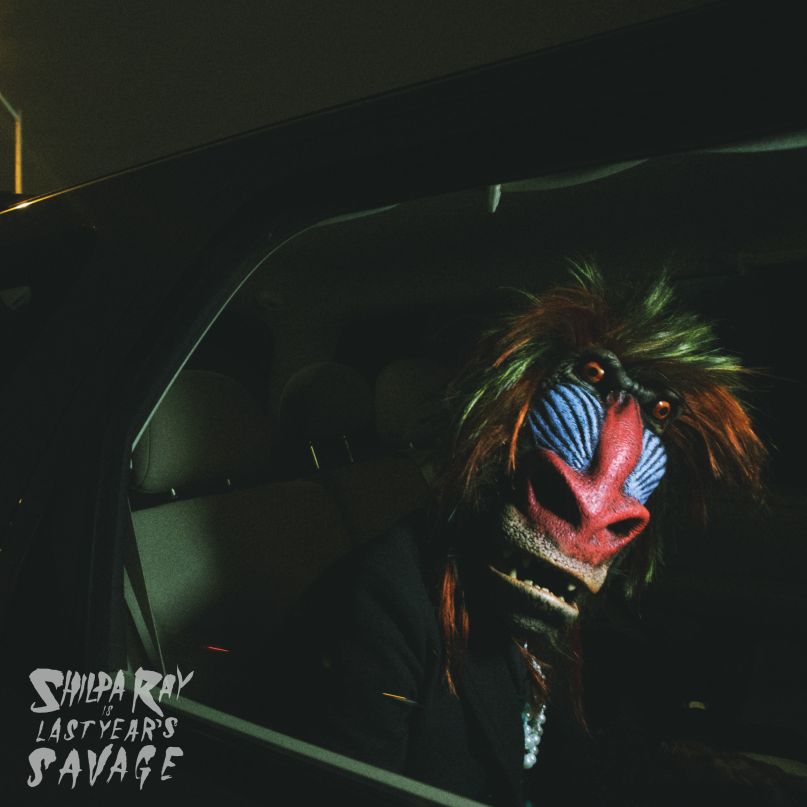 Shilpa Ray has led many different lives. She founded a band called Beat the Devil, an experiment in grafting punk sounds onto Indian time signatures, which disbanded not long after its eponymous EP in 2006. She then became the lead singer of Shilpa Ray and Her Happy Hookers, a more blues-oriented garage rock band that split up in 2011. In the aftermath of a second breakup, Ray spent time touring with Nick Cave and the Bad Seeds, releasing new solo music along the way. Eventually, she teamed up with pedal steel guitarist/bassist Jon “Catfish” DeLorme, guitarist/bassist Alistair Paxton, and drummer Russ Lemkin for her latest venture, this time just as Shilpa Ray. After releasing an EP on Nick Cave’s Bad Seed Ltd. label (It’s All Self Fellatio), the band linked up with the indie/experimental specialists at Northern Spy Records. Shilpa Ray has been reborn once again.

Now comes Last Year’s Savage, which mashes the musical aesthetics of Ray’s predecessors into a hodgepodge of dark funk anchored by her tortured wail. Her voice possesses every chord and riff for a challenging but enchanting listen. She bellows from deep within, painting sex, death, and betrayal with long breaths, using bodily functions as colorful descriptors. When she gets the most out of her uniquely haunting tone, you get songs like “Pop Song for Euthanasia” and “Pipe Dreams Ponzi Schemes”, where she dictates the internal pulse by using her voice as a rudder to steer through waves of rolling sound.

For the most part, Ray remains in complete control of the meter and the smoldering atmosphere, commanding your attention with the same bubbling frustration that seems to drive her. Occasionally she starts to ramble, and things lose their balance. On “Oh My Northern Soul”, she digresses before regrouping quickly for the chorus. Sometimes she even wanders into profundity, like on “Sanitary iPad”: “Who’s gonna buy me now? I’ve got a short shelf life/ Who’s gonna throw me out when I’m past expired?” But when she locks in, like on the barreling “Shilpa Ray on Broadway”, she sings lyrics like, “Would you believe I’ve been mummified?/ ‘Cause I’ve got so much to say to you, but I’m not speaking/ And I could believe you were lobotomized ‘cause you just stand in front of me and have no feeling.” Her directness is brandished like a weapon, making Last Year’s Savage a stirring, if choppy, experience.