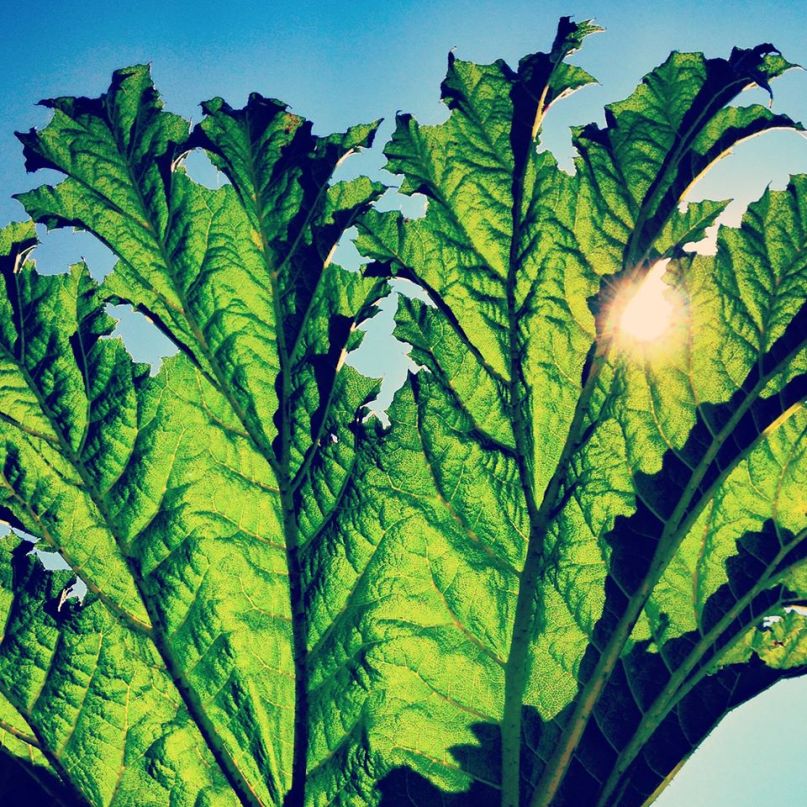 Gunnera answers that age-old conundrum: What happens when two drummers, bound by their mutually exceptional height, join with a trombonist to make an album inspired by gardening?

Such is the unusual soil from which Pfarmers grow. David Seim (Menomena) and Bryan Devendorf (The National) met many years ago and bounced around the idea of collaborating. Multi-instrumentalist Dave Nelson (St. Vincent and David Byrne, Sufjan Stevens) was conscripted despite never having met Seim — to this day. Over the past few years, the trio swapped ideas online, and Gunnera is the final product of their collaboration.

The trio’s album lacks the off-kilter pop hooks and transcendent crescendos you might expect considering each member’s main work. Instead, they’ve offered a collection of slow-building, meditative avant-garde rock. No single track emerges as a defining hit, but the collection is deeply layered and satisfyingly complex, shifting in unexpected ways.

Bryan Devendorf has long been one of the most underrated percussionists in contemporary rock. In power ballads or melancholic dirges, his rhythms infuse The National’s songs with skittering energy. Paired with the similarly ambitious Seim and freed from formal expectations, he might have been expected to pound out a rhythmic tour de force. Yet the percussion is relatively understated throughout Gunnera. Devendorf worked closely with Nelson, and as a result the horn and drum lines are deeply intertwined. On tracks like “You Shall Know the Spirit” and “The Ol’ River Gang”, Devendorf’s live drumming plays off programmed beats. The percussion is distinct from Devendorf’s past work, but rarely exceptional.

The trio’s most engaging element is Nelson’s intricate and often startling trombone, utilized in diverse ways throughout. Whether it’s in the atmospheric gloom on opener “Benthos” or the propulsive, repeating lines of “The Ol’ River Gang”,  Nelson emerges as the most exciting contributor to Gunnera.

Seim’s distinctive voice makes his contributions difficult to distinguish from his work with Menomena. In interviews, he has stated this album’s theme was inspired by his dream of being a plant growing on the bank of the River Jordan, and his subsequent gardening hobby. His lyrics are predictably abstruse, mixing and matching spiritual references with contemporary detail, as on “The Promised Land”, where he sings, “Pick my suit up from the dry cleaners, now/ I’m going back to the Promised Land.” The spiraling electronic melody and herky-jerky structure of “How to Build a Tube” builds toward an anthemic chorus, all in what could easily be a Menomena outtake.

Pfarmers are billed as an “indie rock supergroup,” but really, the project is an opportunity for some under-acclaimed musicians to shine. Gunnera isn’t a grand statement. It just lets some familiar names expand their expression, free from the shadow of their parent bands.

Essential Tracks: “You Shall Know the Spirit”, “The Ol’ River Gang”, and “How to Build a Tube”