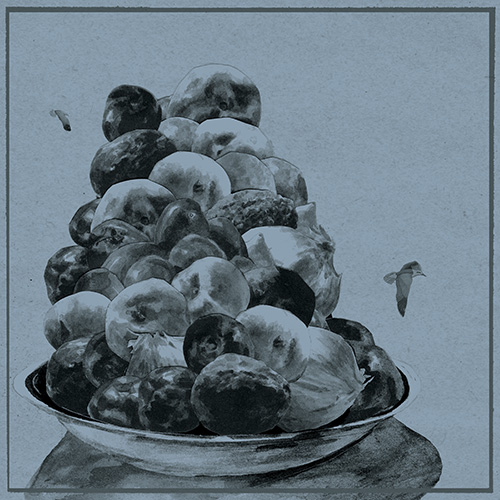 There is a lot to like about Philadelphia four-piece Hop Along on their sophomore LP, Painted Shut. Drummer Mark Quinlan reliably changes his rhythms and patterns, with a track like “Texas Funeral” serving as a showcase for starts and stops, allowing the percussion to be both highly technical and creative. The guitars, played by bassist Tyler Long and the rhythm and lead pair of Frances Quinlan and Joe Reinhart, find distinct, warm ways to play off each other, rarely falling into stereotypical rock band traps. “Powerful Man” finds bar chords weaved with palm-muted plucking, “Sister Cities” flirts with traditional blues rock, and “Waitress” concludes with the sort of arena grandeur expected out of The National.

In short, the band has range, and Painted Shut is often rewarding musically. But any conversation about Hop Along that doesn’t center on Frances Quinlan’s vocals would seem to be fooling itself. Frances’ voice can climb from a whisper to a playful croon to a raspy splinter within a minute. Even better, she’s not afraid to go for it, often singing outside of her range, like she’s throwing a ball into the air to see where it lands, convinced that whatever the result is, it will be worth hearing.

And she’s right. Exemplifying this best is “Happy to See Me”, coming midway through the album and featuring a spare acoustic guitar backing. Without much guidance from the music, Frances takes the reins and runs, her breathless delivery repeatedly falling and getting back up again to scream until she goes hoarse. “We all will remember things the same,” she says until you can’t help but believe her.

The song underscores a conviction that is present across Painted Shut, and Frances’ delivery is what holds together the at times disparate songwriting. The groove of “Horseshoe Crabs”, easily the album’s most traditionally accessible song, and the coda of the great “Buddy in the Parade” are only related by how Frances sells it. The album proves the singer’s will to catapult into greatness, standing as a testament to just how far a great front-person can push a tried-and-true formula.

Essential Tracks: “Happy to See Me”, “Buddy in the Parade”, and “Waitress”