Update: This homophobic t-shirt is for sale at Coachella sister festival Stagecoach 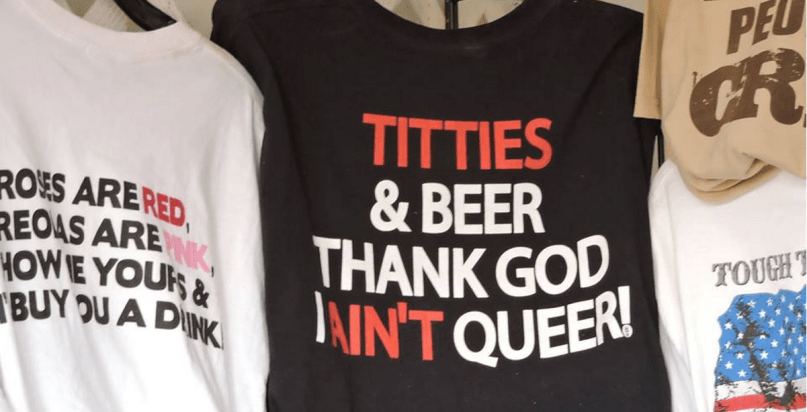 Stagecoach is the country music sister festival of Coachella. Now in its ninth year of existence, the festival boasts Tim McGraw, Blake Shelton, Miranda Lambert, and some particularly offensive T-shirts.

As Reddit points out, Stagecoach merchants are selling a homophobic T-shirt that says “Titties & Beer Thank God I Ain’t Queer.” Another reads, “Roses Are Red, Areolas Are Pink, Show Me Yours And I’ll Buy You A Drink.”

Update – 1:30 p.m.: According to a representative for the festival, the vendor selling the T-shirts has been removed from the grounds.