Someone forgot to learn about unreal conditional statements 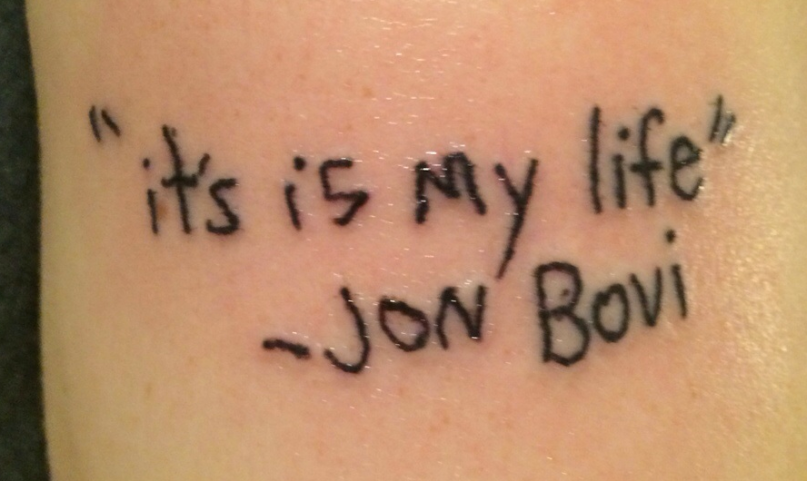 Jon Bon Jovi today announced that he would be executive producing a new reality program called If I Wasn’t A Rock Star. Ignoring the fact that this sounds like The Simple Life with mildly less obnoxious stars, the show already has a major problem. Namely, its name.

As John Keating said in Dead Poets Society, “Language was invented for one reason, boys – to woo women – and, in that endeavor, laziness will not do. It also won’t do in your essays.” If he were involved in this new show, he’d be twitching in annoyance.

See what happened there?

By beginning the title with “If,” the showrunners are creating a conditional statement. Because we’re dealing with something that is contrary to fact, in that the “I” in the statement is indeed actually a rock star, what we have is a present unreal conditional statement. That’s why the “be” verb is in the past tense. Unreal conditionals follow the structure If + subject + simple past tense verb, and then generally a comma + subject + would or could + base verb.

The trick is that in present or future unreal conditionals, we never use the word “was.” Regardless of the subject in the conditional clause, we always use “were” in any sort of formal language. (In a title, for example.) That’s why Beyoncé sings, “If I were a boy/ I think I could understand.” It’s why children of the ’60s wished they “were an Oscar Meyer wiener.” It’s why Einstein said, “If I were not a physicist, I would probably be a musician.” It’s why we never say, “Was I you, I wouldn’t do that.”

Yes, it’s a weird quirk of English, and “was” is generally accepted in common speech. However, so is saying things like, “I have less than five minutes to make my train,” and look what happened to signs at grocery store express lanes.

In sum, if Jon Bon Jovi weren’t a rockstar, he likely wouldn’t be an English teacher.