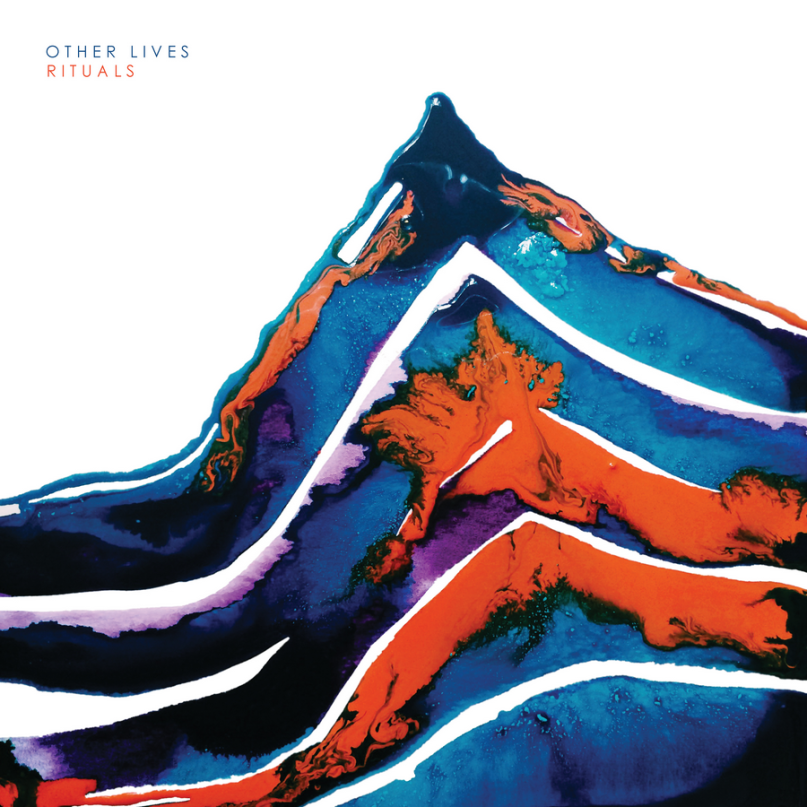 Other Lives released their sophomore album Tamer Animals some four years ago. Since then, they’ve won a fan in Thom Yorke, released an EP, reduced their numbers to three, and moved from Stillwater, Oklahoma to Portland, Oregon. All of that — especially their new home — has impacted their latest effort, Rituals, due out May 4th on tbd Records. Ahead of its release, the album is streaming in full below.

Though the band has shrunken in size, it’s grown exponentially in sound. Horns and strings were present in past efforts, to be sure, but the lushness in which they’re presented on Rituals is entirely new. Some of that is no doubt due to the presence of Atoms for Peace drummer Joey Waronker as co-producer, but most credit falls on the trio’s immense instrumental talents.

The songs find Jesse Tabish, Josh Onstott and Jonathon Mooney exploring ambient grandeur on “New Fog”, skittering experimentalism on “Pattern”, subtle theatrics on the title track, and deceptively simple strolls on “English Summer”. It’s a range of aural treats, each constructed of big, bold layers arranged with careful hands. “In our heads we’re haphazardly trying to write classical music. Every sound, every drum beat has to have some sort of purpose,” Tabish said in a press release, adding that the album is “more dimensional, it’s more 3-D, if you will. We wanted a cleaner, brighter record with more movement and more color.” They got it.

Pre-orders for Rituals are going on now. Other Lives have a North American tour mapped out for the summer, and you can find those dates below.