Small Feet share new song “One At The Helm” — listen 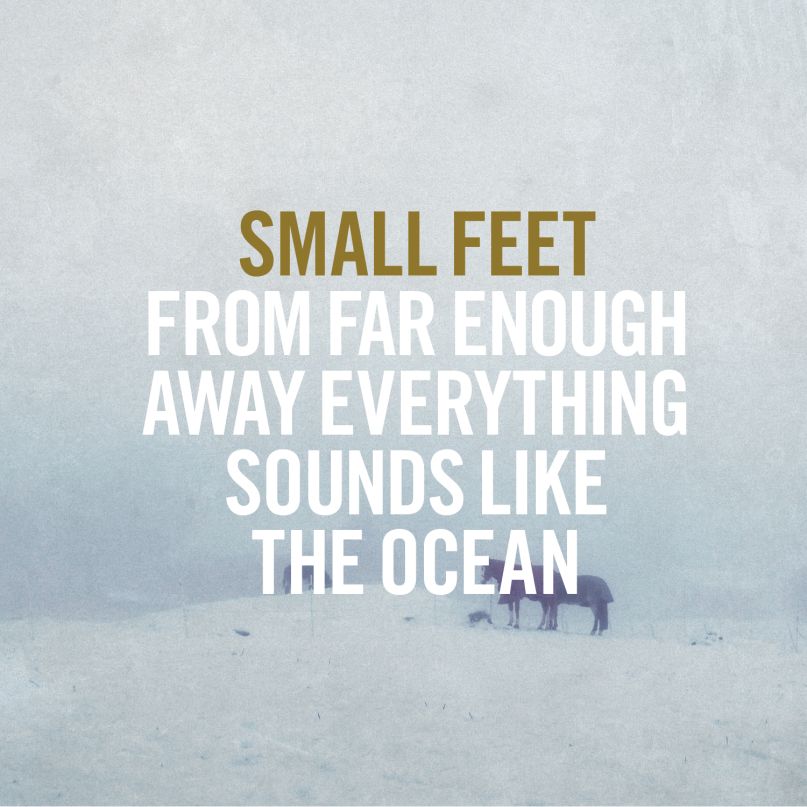 Swedish folk outfit Small Feet’s rickety sound feels far removed from the modern age, yet it’s television that most informed frontman Simon Stålhamre growing up. Dropping out of school at the age of 15, he spent his days learning English from TV programs and recording songs on tapes that he’d hide in his parents’ closet. It wasn’t until he befriended American musician Jacob Snavley that he began to focus more on his songwriting craft.

Stålhamre later inherited a cabin from his deceased uncle, which he converted into a recording studio. There he would record songs with Snavley on bass and Christopher Cantillo on drums, forming Small Feet. Now the trio is prepping to release their debut album, From Far Enough Away Everything Sounds Like The Ocean, on August 7th via Barsuk Records. In anticipation of it’s release, the group has shared a non-LP track called “One At The Helm”.

From the way Stålhamre’s voice sails and creaks, you’d think his childhood television had played an endless loop of classic Neil Young performances. Muted drums echo heavy in the background, but gently plucked strings and a punchy harmony on the chorus let the song float along the air. Then it hits a thermal current and takes off into the sky for the outro. Listen below.

As an extra bonus, the band has offered up a download of their previously released album track “Rivers”. The sparse track highlights Stålhamre’s shivering vocals with hazy harmonies and delicate guitar fingerpicking. Snag it below.