Ranking: The Ernest Films from Worst to Best 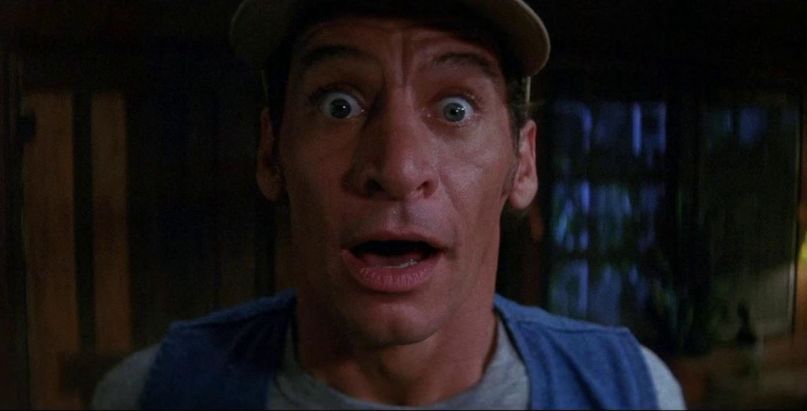 Back in 1980, an ad executive in Nashville, Tennessee named John Cherry III had an idea for a commercial character. The character would be a good ole boy who was just a little too up in your face about everything. He was that neighbor you could never get to shut up about news, new machines, new tools, etc. He cast a local actor for the job and named that character Ernest P. Worrell. The actor was Jim Varney, a talented stand-up comedian and actor who had just moved back to town after an actors strike in LA had put him out of work. Varney, along with Robin Williams, had been part of the original group of comedians who opened and popularized The Comedy Store in LA. He did stand-up sets for Merv Griffin and Johnny Carson and counted Williams as one of his close, dear friends. Varney was an incredibly talented actor, and becoming Ernest would be both the best and worst decision of his career.

From 1980 to 1984, Cherry and Varney filmed nearly 900 commercials that aired in every market across the country. The key to so much output was that none of the commercials were national spots. They did shoots for small markets or big cities, never national, for a wide spectrum of products; that way they never had to compete with national saturation. It was genius, and from those spots, executives at Disney saw potential and signed Varney to play Ernest for TV and major motion pictures. Next thing Varney and Cherry knew, they were making the first Ernest movie in 1987, Ernest Goes to Camp, which was filmed on a $3 million budget and did $23.5 million at the box office. It was a sensation and would seal Varney’s fate along with Ernest’s.

Ernest was a human cartoon, an indestructible man who could take a fall, get up, and keep going. He was also written as an imbecile who other adults regarded with a head shake and an arm’s-length tolerance. At their best, the movies were centered toward kids and around kids. As fan Aaron Steinmetz says on the comments for the How Did This Get Made? episode on Ernest Goes to Jail: “The thing was, Ernest, bumbling and failing left and right, worked when he had children to play off of, especially when the children provide the solution to the problems. The child became the adult, and the adult became the child. Remove children from the equation, and you’ve got an adult behaving like a child around other adults, and it doesn’t work.”

Varney was essentially a starving actor taking a commercial job to pay the bills. Being an actor myself, I’ve been there. You just take the gig hoping it moves you to something bigger. However, that buffoon in the commercials would be a character that Varney would become synonymous with and play for nearly 20 years. Varney and Cherry turned Ernest into five major motion pictures, four direct-to-video movies, and a 13-episode TV series. It’s something no one has done before or since, and Varney went from improvising with Robin Williams, guest starring on Fernwood Tonight, and hosting a New Year’s Eve special with Johnny Cash and Kris Kristofferson, to getting hit in the face with hammers and falling off ladders.

Should we feel bad for Varney? I do in a way. Like I said, looking at Varney’s career from my own perspective as a working actor, it is fairly depressing — to get pigeonholed into one dumb role for so long would be a nightmare. Sure, Varney made a pretty penny off the Ernest movies, but at what personal cost? He was talented. You can look at his work in The Beverly Hillbillies, or even his other characters in the Ernest universe, to see that. I think the biggest thing is he never got his redemption story. Near the end of his career, he was working on major movies and was a voice in the biggest cartoon franchise in history with Toy Story. However, at age 50, he passed away of lung cancer.

Could he have been one of those actors “rediscovered” as it were by someone like Paul Thomas Anderson? Could he have been the next Chris Cooper? We’ll never know. He didn’t get his rediscovery or his Hollywood drugs and danger ending. All we have are these nine movies. These nine movies that are by no means Criterion collection-worthy films. Some are great in their own innocent way, but some are dreadful. But they all have Varney in common: a hardworking, journeyman actor caught up in a phenomenon, a money-making machine that he couldn’t escape. His nephew, Justin Lloyd, wrote a biography on Varney called, The Importance of Being Ernest, and he told me:

Now that we can look at the Ernest character in a bit of historical context, I don’t know that Jim would have traded many of his years playing that character in exchange for any Academy or Tony Awards (he always wanted to star on Broadway). I have heard from so many people that grew up watching Ernest as a child that talk about how much their families enjoyed watching Ernest through the years. They now want to introduce their own children to Ernest and re-live some of those special moments. As we now live in an age where families all watch shows on their own devices in different parts of the home, Ernest represented a time when TV and movies were more of a family event. I think he would be quite proud of the legacy of that character if he were still with us today.

Proud indeed, and that’s all that really matters. Peel the cynicism away of what we think Ernest is and was and will forever be. Varney was a great actor who just wanted to act. With that, here are all the Ernest movies, worst to best, and more, knowwhutImean?