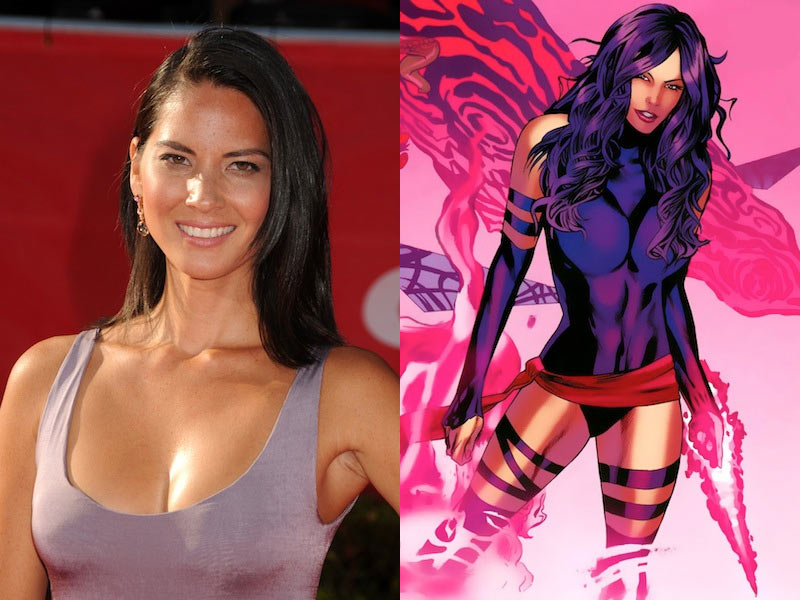 Director Bryan Singer continues to expand the cast of his forthcoming X-Men: Apocalypse. Today he announced that Olivia Munn has signed on to play Betsy Braddock, aka the British mutant telepathic ninja Psylocke.

Channing Tatum is rumored to make his first appearance as Gambit in the movie, and Bingbing Fan could reprise her role as Blink. Of course, as there hasn’t been an X-film yet without Hugh Jackman’s Wolverine, there’s a good bet on at least a cameo from him.

The sequel to the smash hit X-Men: Days of Future Past, Apocalypse is due in theaters May 27th, 2016 from 20th Century Fox.