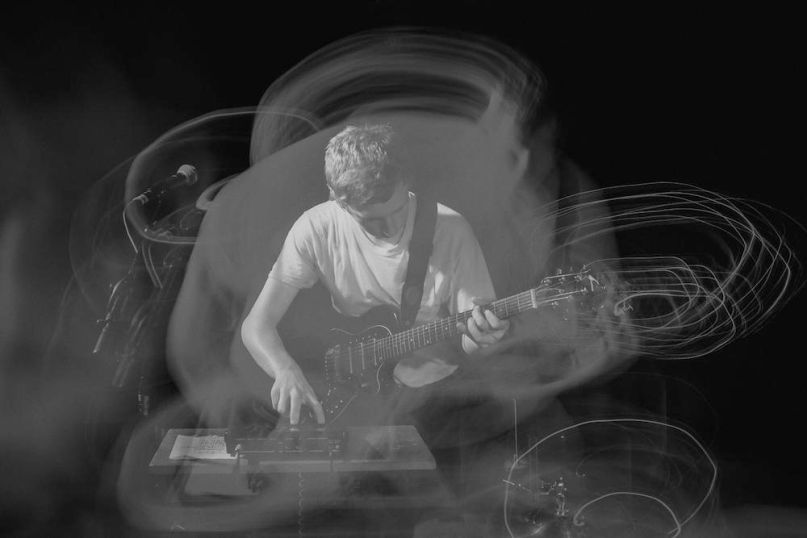 At 19 years old, most teens would be happy with a byline in a high school newspaper album review or a DIY show at some local club. But that’s nothing compared to wunderkind Henry Kohen, who knows his way around the guitar better than most veteran rockers.

Under his Mylets moniker, the Los Angeles-based musician straddles the line between noise rock, punk, and alternative rock. His songwriting simply defies genres, though, often marrying intricately-layered arrangements and pop-leaning melodies into one big, lovely tangle of sweat, guitars, and a gnarled sense of angst. It’s both indicative of his age and yet somehow makes him seem wise beyond his years.

All of his skills, technical and creative, will be showcased on his debut album, Arizona, which arrives on April 21st through Sargent House. The nine-track LP follows a series of self-released EPs — compiled and re-released on the label’s 2013 Retcon LP — and was co-produced by Sonny DiPerri (Hanni El Khatib, Portugal. The Man). Already the world’s been treated to album cuts “Trembling Hands” and the title track; now, Kohen has let loose “Honeypot”.

Though its name may trick you into believing it’s a gentle tune soaked in sweet saps, the track is actually a bristling, barbed rocker fueled by restlessness. “It’s a song I wrote the music for while living in my college dorm and neglecting schoolwork during the one semester I went to university,” Kohen explains to Consequence of Sound. “The lyrics came to me almost immediately after getting signed by Sargent House and deciding to leave school for good. The lyrics are meant to reflect the impatience I was feeling throughout the whole process of leaving college and my home along with the internal mental inflation of this new path I was on.”