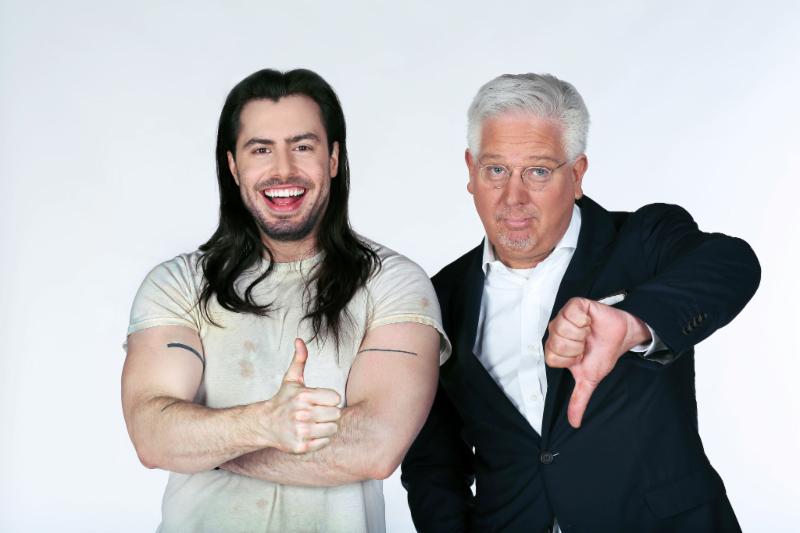 “Party Hard” enthusiast Andrew W.K. and conservative personality Glenn Beck have joined forces to bring Americans a new radio show. No, this is not a belated April Fool’s Joke.

Starting on May 2nd, the rock star and self-help guru will be hosting America W.K., a two-hour weekly program on Beck’s news and entertainment network, TheBlaze. According to a press release, the show will be a “raw and penetrating discussion of what it is to be alive — meaning, motivation, mindset, and making dreams come true, all included in a celebration of life itself — and all with a positive and honest outlook.” It will also feature an interactive component in which W.K. will address audience-submitted questions.

“When Glenn asked me to do my own radio show on TheBlaze, I was shocked but excited, as I knew he would allow me the unrestrained freedom to say exactly what I wanted,” the I Get Wet mastermind said of the joint venture. “I’m very dedicated to exploring and learning from different people in different places, and always with an open heart. If people never went outside their own box, life would be boring. After all, why would I only want to talk with people who already think exactly like me?”

Beck offered his two cents on the unlikely collaboration, saying, “My relationship with Andrew W.K. is a perfect example of how two people can come together on what unites us, and become strange bedfellows.” He added, “He is open minded, honest, loves his fellow man even though he may disagree with him, and is a natural entertainer. Our mutual audiences have already begun to find commonalities.”