Scharpling & Wurster – The Best of the Best Show 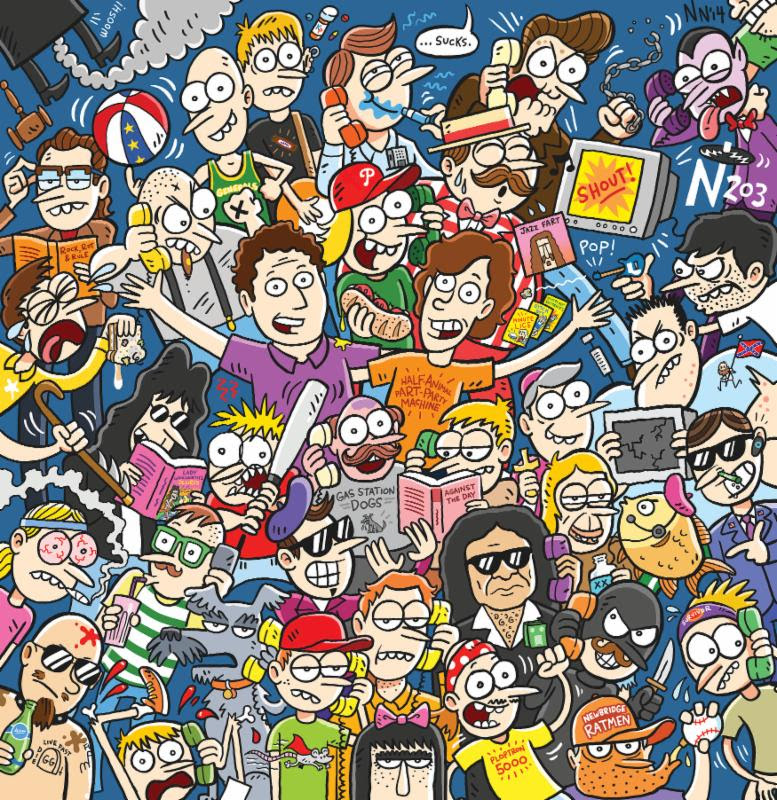 Tom Scharpling and Jon Wurster have recorded over 10,000 hours of work to date on WFMU’s Best Show. To say that culling their “best of” is a difficult task would be a colossal understatement. Not only combing through that much tape, but also finding the best of all the characters and scenarios that Scharpling and Wurster cooked up in 15 years on the air is unbelievable. But now there is The Best of the Best Show, an incredible 16-disc, nearly 25-hour box set of the greatest work of the radio host extraordinaire and the magical brain of the Superchunk drummer.

For anyone not familiar with the characters and crazies from the fictional city of Newbridge, New Jersey, listening to the tracks in this box set works as a remarkable crash course. It’s like watching the best of The Simpsons and being completely unaware of Springfield, or a clip compilation of Parks and Recreation with no knowledge of Pawnee, Indiana. Getting to know the cast of characters from Newbridge — such as Philly Boy Roy, The Gorch, Count Rockula, or Big Bill and Little Bill — quickly becomes like getting to know a new family.

There are some tracks that clock in at nearly an hour long, and can be difficult to get through for a new listener. However, seasoned fans will love the inclusion of long tracks such as “The Springsteen Book”. The set also includes a USB-drive filled with even more tracks and a 108-page book with essays from Patton Oswalt and Julie Klausner, an interview with Scharpling and Wurster by Jake Fogelnest, and more. It’s the ultimate collector’s item for Best Show fans, and a fantastic introduction for Newbridge virgins.