Colin Stetson and Sarah Neufeld – Never Were the Way She Was 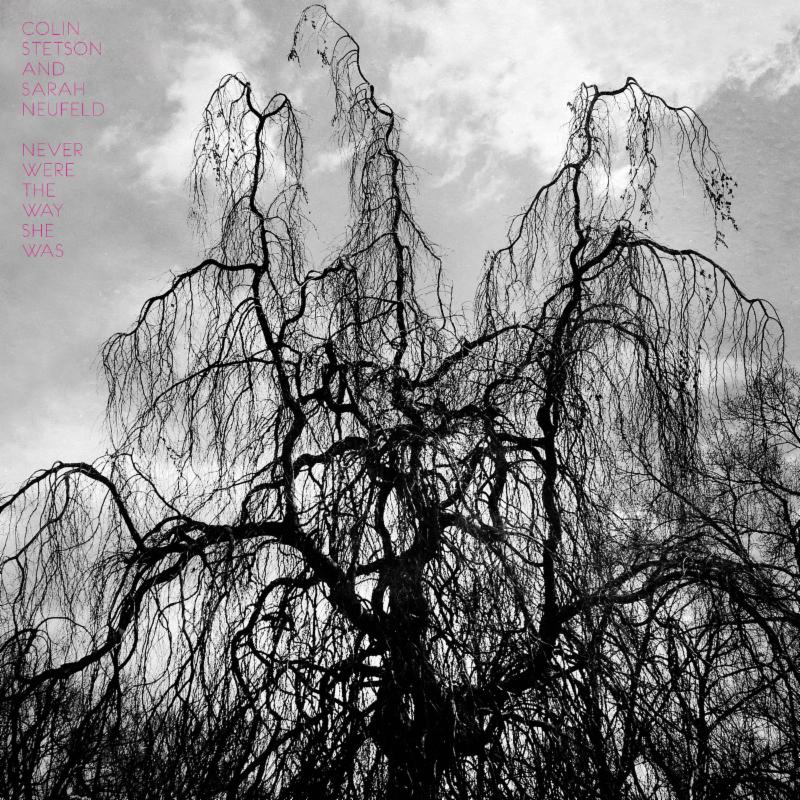 Violinist Sarah Neufeld and multireedist Colin Stetson have both found a niche in which they can use their orchestral instruments in rock, modern classical composition, and everything in between. Though both may be best known for their work with rock acts (particularly Arcade Fire, with Neufeld as a permanent member and Stetson as a touring member), their more experimental solo material stands just as tall. Together, on their full-length collaboration Never were the way she was, their emotive instruments — violin, tenor and bass saxophones, and contrabass clarinet — trade places as figure and ground in a startling yet familiar landscape.

Stetson’s extended technique already makes it sound as if there were more than one musician playing on his solo performances, and adding Neufeld’s long, bowed tones lets his fluttering fly nearer to the sun. When her violin rings out on “Won’t be a thing to become”, it allows his arpeggios to repeat in cavernous circles for longer stretches of time. The clacking of the saxophone’s keys provides all the percussion the duo need, as on the mesmeric “With the dark hug of time”. Stetson’s right hand claps the low keys shut in a haunted march-step between animal howls and burbles of low-end that defy the musical register.

Neufeld is no slouch herself when it comes to imaginative use of her instrument. Over galloping key-clack hoofbeats on “The rest of us”, she runs the bow across the neck in start-stop jabs. Though they each reach both ends of the spectrum, Stetson often reaches into something primal as Neufeld’s violin grasps at the ethereal. During the opening to “The sun roars into view”, the violin glistens and fractures into a million sunbeams rising over the hillside. At the other extreme, her legato, sloped-shoulders drift on the title track captures a beautifully bruised melancholy.

It’s hard not to wish Never were the way she was would stretch further and reach out to the horizon the way each musician’s solo albums have. But much like a masterfully rendered novella, Stetson and Neufeld leave you wanting more, wishing you could inhabit the world they carve out, feel its majestic highs and tragic depths.

Essential Tracks: “With the dark hug of time”, “The rest of us”, and “The sun roars into view”