Braids – Deep in the Iris 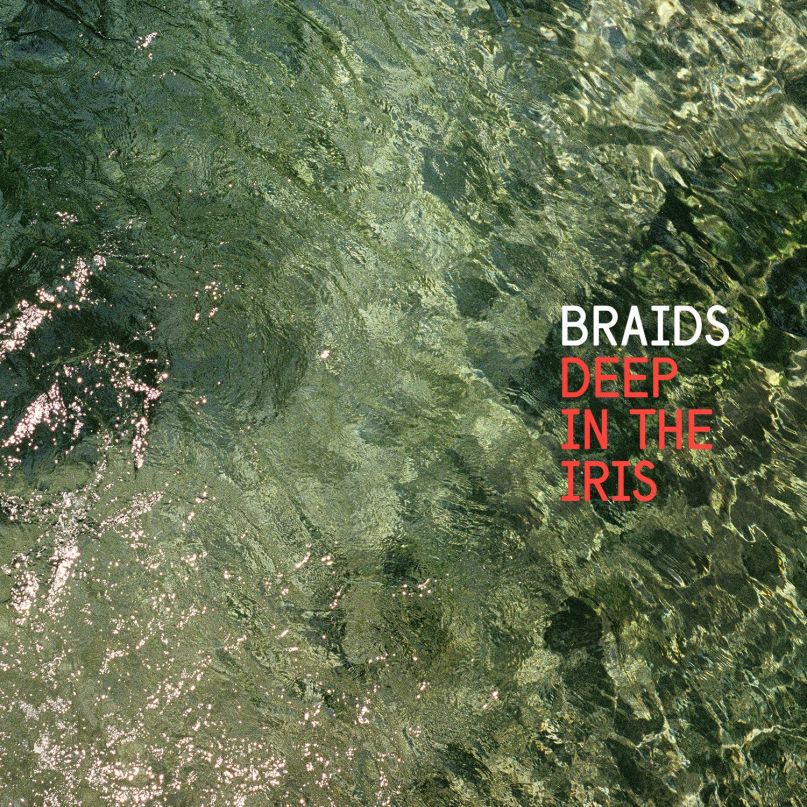 Braids found the forms in their vapor. On 2011’s Native Speaker and 2013’s Flourish // Perish, the Montreal-based group probed at experimental song structures inside an electronic murk. They prized feeling over detail; lead vocalist Raphaelle Standell-Preston sang lyrics that were vague enough to resist enclosing any situation in particular, words full of angst and dreamy restlessness that could slide over any emotional disquiet. Now, Braids release their third album, Deep in the Iris, and its scalloped edges glimmer with a new clarity.

Unlike the placid, dense songs on Flourish, Iris‘s lead single, “Miniskirt”, refuses to wash passively over the ears. You hear Standell-Preston articulate her lyrics, and you can’t help but pay attention. “I’m not a man hater/ I enjoy them like cake,” she sings with a peculiar relish and the hint of a smile. An extended, jarring composition of pianos, synth chirps, and hard beats, “Miniskirt” swirls around the urge to reclaim ownership of your own body — to resist the gaze that wants to consume your image. “I’m the slut/ I’m the bitch/ I’m the whore/ The one you hate,” spits Standell-Preston at the man who would touch her without permission and then blame her for the infraction. “It’s mine, all mine,” she sings. Her grammar suggests she’s referring to the skirt; her tone implies she’s talking about herself.

Standell-Preston sings with an elastic and engaging timbre, and the instrumentation she concocts with bandmates Austin Tufts and Taylor Smith also swerves between dynamics. Braids gleefully invert pop templates. The towering “Blondie” stretches from plaintive key loops to full-blown drum and bass breakbeats early in the record, while on the jittery “Sore Eyes”, the synths build up and then slither away from the beat just in time for Standell-Preston to sing the first hook. Only in its last 30 seconds does the song reach the climax it teases; for a track about being bored and watching porn, it remarkably resists the ennui of its subject.

Deep in the Iris feels like Braids’ turn toward the accessible, but it doesn’t jettison the genre tricks they used to indulge. The specificity in the lyrics and the clarity of Standell-Preston’s voice gives the album an immediate human pull. Beneath that initial glitter, though, Braids have stockpiled a wealth of complexities like puzzles for us to untangle.