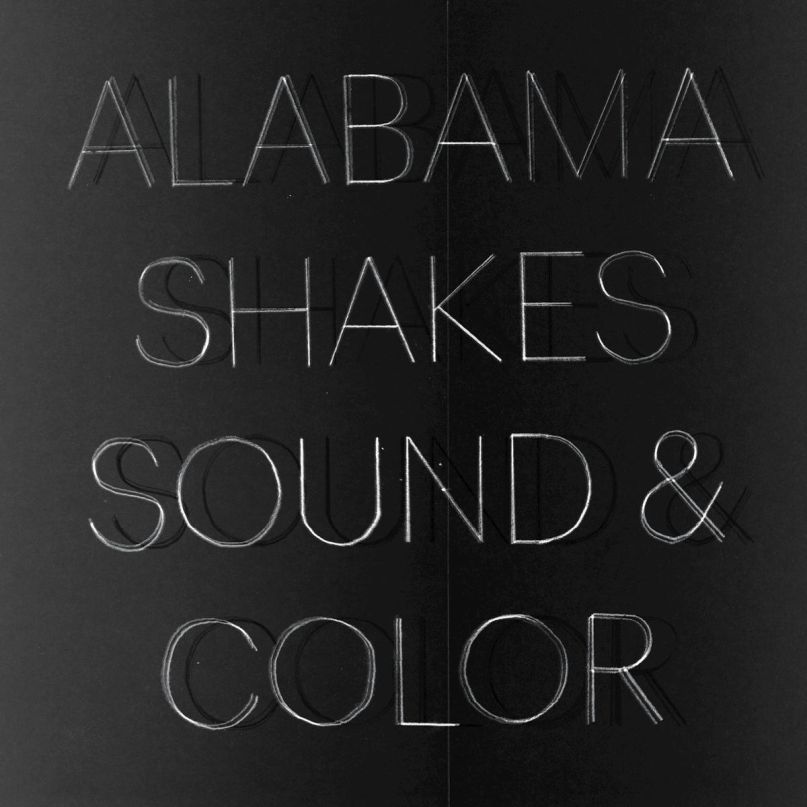 Keeping in step with where the band left off with 2012’s Boys & Girls (which led to three nominations at the following year’s Grammys, including Best New Artist), the tinted and tightly paced sophomore effort Sound & Color is an alluring musical rainbow that sets Alabama Shakes apart from niche throwbacks. Each track blisters with static electricity, country, rock, funk, and the dirt on the members’ bootheels. They manipulate flavors under heat and pressure, cooking up the goods like Grandma used to make.

Every single layer of the album works in unison, like a heavily played Motown record found years later in an abandoned Southern recording studio. Frontwoman Brittany Howard howls like an androgynous, heaven-sent Nina Simone/Janis Joplin hybrid as she shines on “Sound & Color”, “Don’t Wanna Fight”, and “Miss You” — the latter of which stands out, her triumphant and tenacious swan song to a presumably precocious lover. Elsewhere, bassist Zac Cockrell grooves in harmony with psychedelic guitar lines, sailing through deserted “Dunes” of emotional torment, or demanding humanity to think positive in “Future People”. Crunchy garage rock offerings like “Shoegaze” and “The Greatest” allow Howard to butter soul over even the most indistinguishable of verses, and drummer Steve Johnson unleashes his inner Philip Selway in jazzy syncopation.

The standout tracks bound past the rest of the album quite easily around its midsection; “Gimme All Your Love” and “Guess Who” find volume and unity at their crescendos. The former holds steady as a fuzz-filled, soulful plea to a lover whose overwhelmed life could use a bit of TLC, while the latter straddles a Temptations-esque R&B moment that would have felt at home in a scene cut from Pulp Fiction.

The album’s greatest feat could also be considered a flaw: Alabama Shakes’ ability to swing back and forth between distinctive moods undermines the record’s overall continuity and raw spirit. The last two songs here, “Gemini” and “Over My Head”, feel lost or misplaced, as if the band were not 100 percent sure just how to end this whirlwind of an LP. Their individual sounds meld well as a pair, but they’re the musical equivalents of a shrug, quietly dispelling an album that has far more vigor and variety than they would have us believe. But what Sound & Color does is otherwise done marvelously.

The intersection of revival and kitsch is dangerous territory. The ‘90s “revived” swing music through Gap commercials and VHS copies of The Mask, the ‘80s are currently pushing past nostalgia into “sad lament” territory, and ‘70s funk has subtly weaseled into our lives again thanks in no small part to throwback thoroughbreds like Bruno Mars and Mark Ronson. Though genre-hopping is nothing substantially new for pop music, the next-gen country/soul amalgam known as Alabama Shakes could well do battle with, say, mainstream EDM. Deconstructing and amplifying Mumford & Sons’ bluegrass equation into raw, palpable emotional vulnerability, Sound & Color is not a revival. It is a genuine Americana love letter, branching out in Kodachrome.

Without pretense or irony, Alabama Shakes carry on a vibrant rock ‘n’ roll tradition with psychedelic twists and turns that keep listeners curious about what’s next. Boys & Girls fired the warning shot three years ago. Sound & Color continues the momentum, one holy wail at a time.

Essential Tracks: “Don’t Wanna Fight”, “Gimme All Your Love”, and “Guess Who”